The bar will feature a ceiling filled with live plants

Share All sharing options for: Flowers of Vietnam’s Interior Will Blend Old and New When It Returns This Fall

After a few delays and quiet a bit of demolition, contractors have finally begun the task of rebuilding Flowers of Vietnam in Southwest Detroit. Chef George Azar’s weekends-only restaurant closed in mid-March for major renovations and is on track to return this fall with an expanded footprint and menu.

The 100-year-old building is currently stripped down to its bones, although a few of the original features such as the long Vernor Coney Island countertop and floors remained intact. Passersby on West Vernor Highway may notice that the grey and black walls and windows from the exterior facade — including two previously unoccupied portions of the building — has been removed and replaced by plywood. Cream colored tin ceilings, once obscured by panels of drop ceiling, now peek out just below the building’s original red metal trim.

Architect Tadd Heidgerken from local firm et al. is designing the space that will blend portions of the original restaurant with newer elements mixed in.

The facade is expected to be rebuilt using grey brick and portions of the original red metal trim being refurbished. Customers will enter the restaurant through the same area as before, passing through a vestibule before stepping into the host area and dining room. 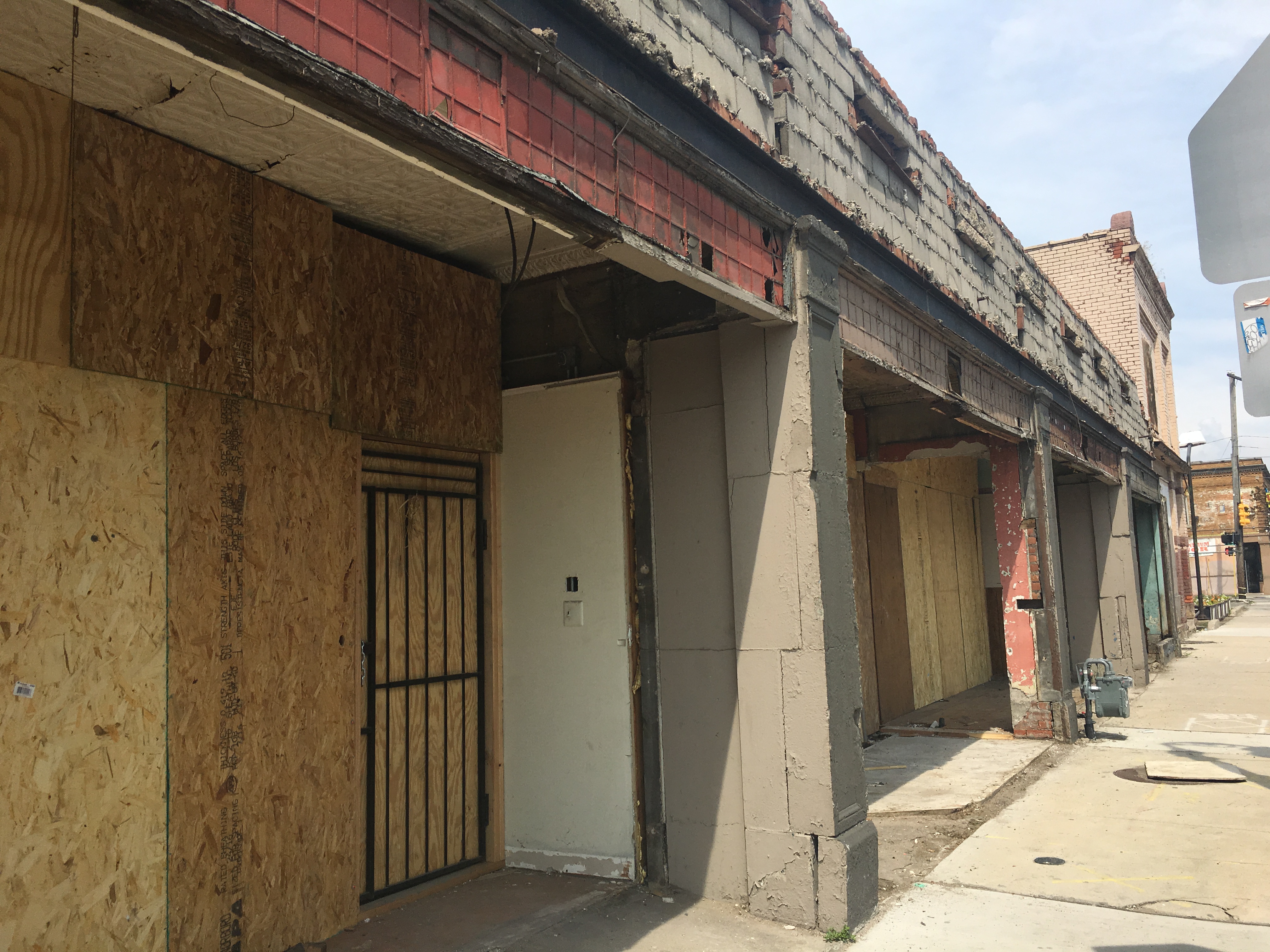 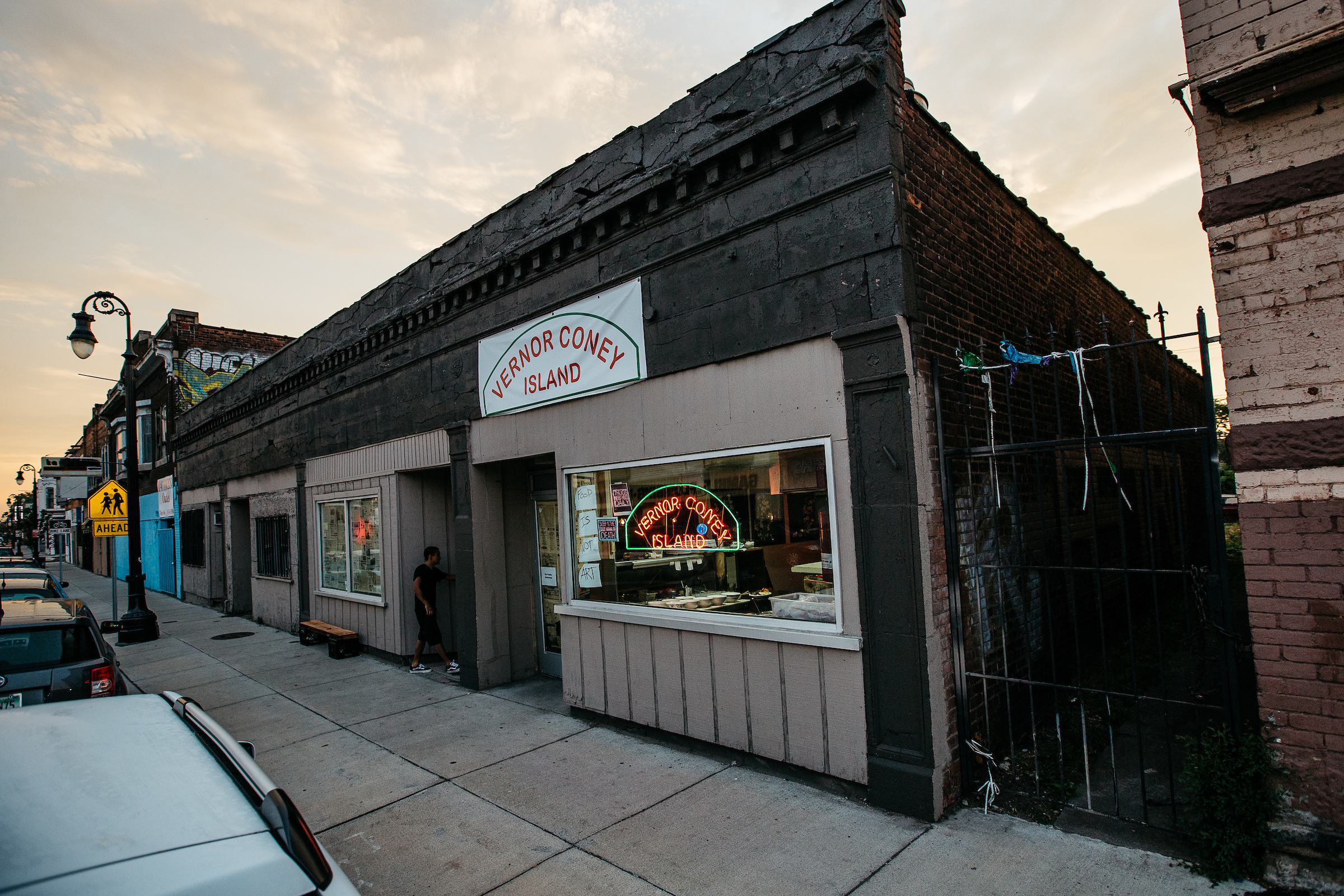 The open kitchen and prep area will still be located behind the stool-lined counter though that space will be outfitted with improved equipment including a wok station, a Jade 54-inch flat top range, and wood/charcoal grill. The kitchen and refrigerator area will also be more than twice as large as before. The roughly 55-seat dining room will also feature the same booths Flowers used during its pop-up period but with new upholstery.

By losing the drop ceiling, Azar says that Flowers had to devise a new way to maintain good acoustics in the space. The restaurant is having an topographical photo of a Vietnamese rice paddy laser cut from either wood or cork and hung along one wall in the dining room. The art will add both a new visual element to the restaurant, while also dampening sound.

In addition to the original restaurant space, Flowers has absorbed two more storefronts on the southwest side of the building. The area immediately next to the dining room will house Flowers’ bar area, helmed by bartender James Downs. The space will include an 18-seat, L-shaped bar built from concrete with additional drink rails along the walls and windows overlooking West Vernor. The ceiling will include a striking live plant installation. An additional area next to the bar will be kept raw and used for private dining, Azar says. Construction of a backyard patio dining area, initially part of the plan, is on hold for the time being.

In terms of the menu, the chef says he isn’t planning to shake things up too much. “We kind of already had an identity going, so we're just going to extend more on what we already got into,” he says. “Because we have more cooking applications we can get deeper into the cuisine because of it and also we'll have more things on the menu.”

Azar is aiming to be in the kitchen and training by November first in time of a late-fall debut. Additionally, Flowers of Vietnam is expected to debut a second location with a limited menu at Ford Field this fall. Stay tuned for more updates as construction progresses.