The Corktown bar is shuttered indefinitely

The UFO Factory in Corktown abruptly closed its doors today after construction crews working on the neighboring Elton Park development unintentionally damaged the bar’s north wall, according to the Metro Times.

Bar owner Dion Fischer says construction crews were working on putting in footings for buildings at the development but inadvertently smashed into the footings of the UFO Factory causing the wall of the bar to crack. It’s now possible to see the inside of the bar from the exterior through the massive fissure, according to Fischer, and the wall has tipped approximately 15 degrees.

Employees at the UFO Factory report hearing strange noises behind the bar. “We thought they drilled through and cracked the back bar, like the glass, somehow, and then the whole wall split open,” staff member Kayleigh Rose says.

Fischer is uncertain about the future of the bar and music venue suggesting that it could be closed for months or in worst case scenario condemned by the city. "I have no real answers," Fischer tells the Metro Times. "We have to talk to their [Elton Park’s] people and see what they're willing to do. Judging by our past interactions, I don't think they have our best interest in mind." 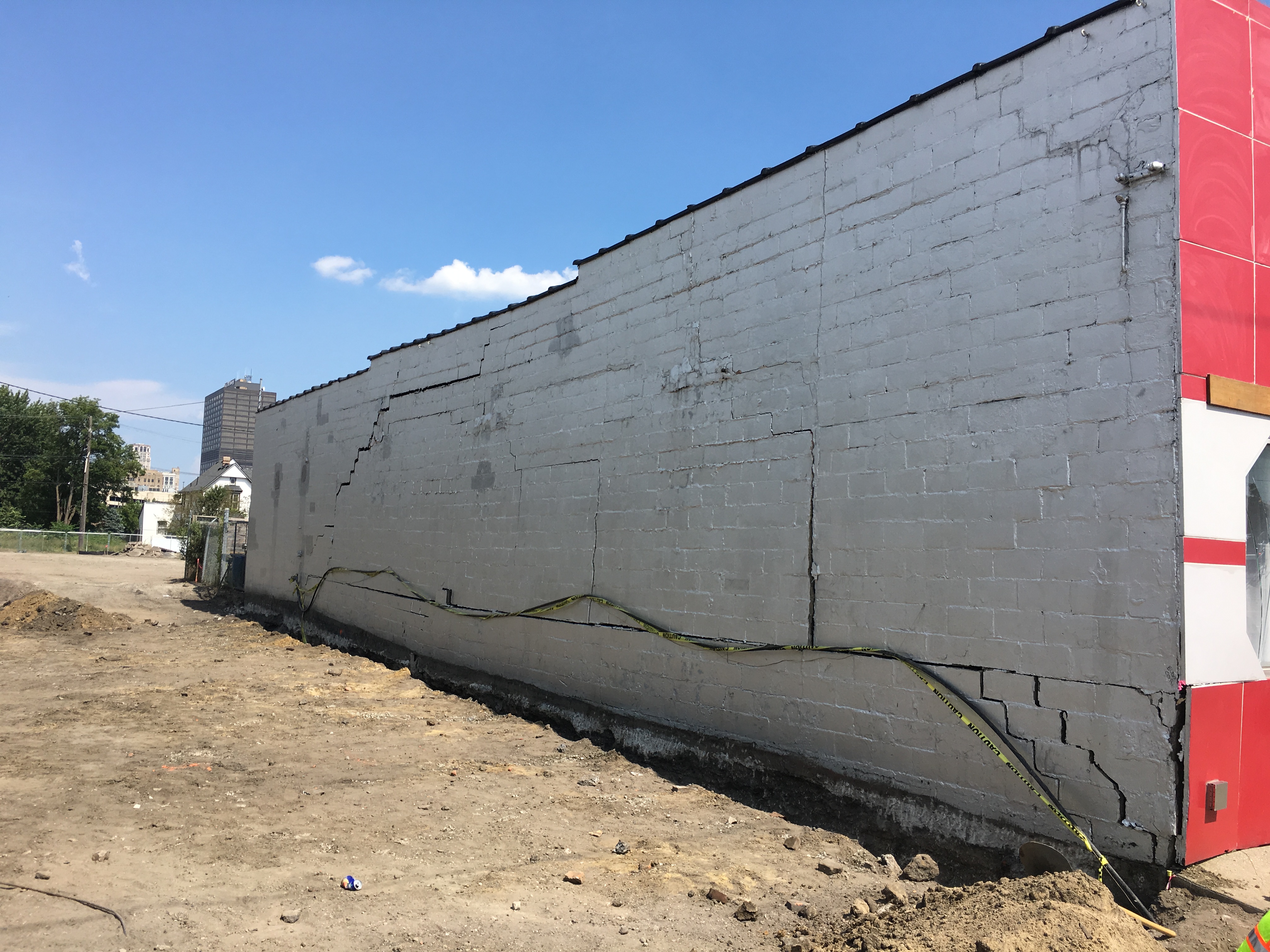 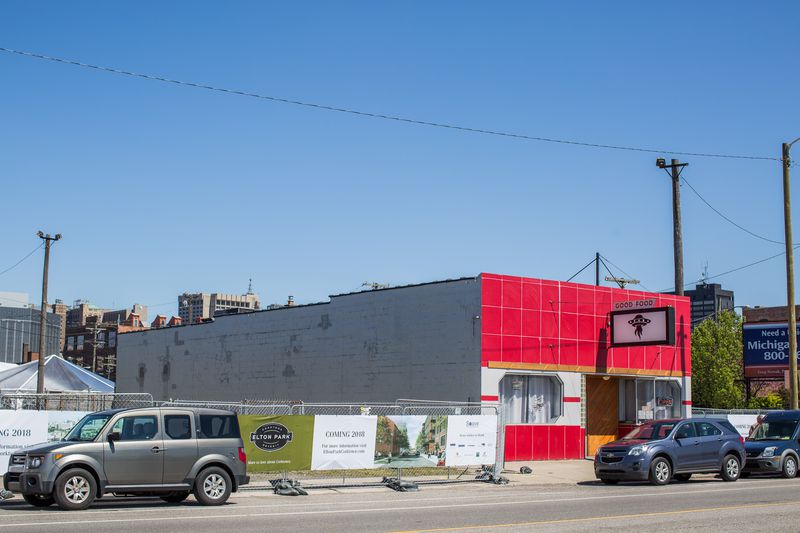 The $150 million Elton Park development led by Soave Enterprises broke ground in May. Phase one of the project includes a $45 million mixed used development spanning five blocks and six buildings. It will house 151 rental units including 52 lofts in the Checker Cab building and 13,400-square-feet of retail. According to renderings, the UFO Factory, which opened in 2014, would have been sandwiched between two of the Trumbull-facing buildings.

In the meantime, fans of the bar have launched a $15,000 GoFundMe campaign to help support UFO Factory employees who are now out of work as a result of the damages. A benefit for the UFO Factory has also been schedule at El Club on August 7. Stay tuned for updates on UFO Factory’s status.

This story has been updated to reflect the fundraising campaign and benefits for staff.