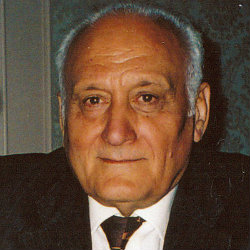 Cucci was a Detroit fixture who operated his Italian deli for 45 years, serving up fresh, inexpensive subs and pizza. The bakery owner immigrated from Palermo, Sicily, in 1970, according to Metro Times.

In February, there was speculation among fans about the sudden and somewhat unexpected closure of the party store. The building may become another marijuana dispensary.

Cucci leaves behind two sons, Salvatore and Paul Cucci, and extended family. Wujek-Calcaterra & Sons is hosting visitations for Cucci from 3 p.m. to 9 p.m. today with a 7 p.m. prayer service at 36900 Schoenherr Rd. A funeral service will be held at 10 a.m. on Wednesday.