“I gave up the best job in the world.”

by Brenna Houck Jan 17, 2016, 4:57pm EST
Via Thanks for Sharing the Table: It's Time for Life's Dessert [Freep], Did 'Detroit Free Press' Restaurant Critic Sylvia Rector Take a Buyout? [ED], and All The Critics Coverage [ED]

Two months after rumors surfaced of a 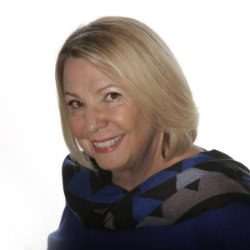 fresh batch of Detroit Free Press buyouts, longtime critic Sylvia Rector has officially retired. In her parting words, Rector notes that she had a front-row seat to enormous changes in journalism, food culture, the Detroit dining scene. "I gave up the best job in the world," she says. Rector worked at the Free Press for 23 years and spent 17 of them on the restaurant beat, penning reviews and reporting on the local dining news. It was the latter part that, she says, was most fulfilling:

But for me, an equally satisfying part of the job was interviewing, and eventually coming to know, many of Michigan's best chefs and restaurateurs: men and women who made time to tell me — and thus, you — their stories; to share their vision of food and hospitality; to explain the inner workings of their industry; and sometimes to allow me behind the scenes, into the best professional kitchens, to watch and learn what it takes to create truly great food.

While in 1998 critics were expected to submit a weekly review of a restaurant that had been opened more than three months, by the end Rector "was writing many restaurant stories each week, and the job was as much about competitive news coverage." Digital photography, social media, podcasts, video, and cross-promotions like last year's Top 10 Takeover dinners further changed the game. Although the critic was prepared to continue at her post, Rector says that the buyout package was too generous to refuse:

If the Free Press hadn't offered senior employees a nice financial package to retire, I'd still be at my desk right now — or probably dining somewhere, taking pictures of Plate No. 16,572, or whatever.

But I've had a lot to eat. Life is short. And I believe in leaving the party when it's still going strong.

It's still not clear who will take Rector's place at the paper. The job was posted to on parent company Gannett's career website in early December. With her deep connections and position at Michigan's largest daily, restaurant owners and chefs often gave her first word on the story. It's hard to imagine who will fill her shoes, but we wish her the best of luck.

Here's hoping for more amazing adventures in 2016 with my forever dining, travel and life companion, Mr. Charles Hill! Enjoy life, be kind, and have a Happy New Year, everyone!