A roundup of Detroit's coming attractions.

Share All sharing options for: Detroit's Most Anticipated New Restaurants and Bars, Fall 2015

It's been quite the year for Detroit openings, from Sister Pie to Chartreuse Kitchen & Cocktails in Midtown and Townhouse Detroit. While there's been a bit of a lull in late-August, it's going to make for a very hot fall lineup, with 11 notable restaurants and bars slated to debut between now and the end of the year. Without further adieu, here's an update on the new projects rounding rounding-off 2015. 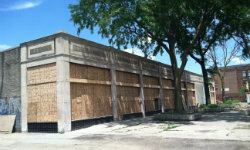 The Situation: Have you spotted the red dragon? This under-construction asian-fusion restaurant's emblem is popping up all over town and building a buzz. Located just around the corner from another anticipated opening 8 Degrees Plato and a new tattoo parlor, diners can expect cocktails, microbrews, and a full dose of steampunk decor from The Peterboro. 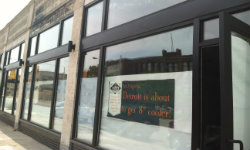 The Situation: After several years of searching Detroit for the right location (and a quick detour to Ferndale) Brigid Beaubien and Tim Costello are finally opening their celebrated bottle shop in Detroit. Although booze stores don't usually make this list, the Plato team has taken their second shop a step further by offering a bar with seating and growler fills. Find fresh craft beers only at this imminent opening and special brews on tap from Right Brain and Greenbush. 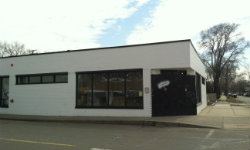 The Situation: The team behind Johnny Noodle King and Green Dot Stables are ready to take on a new project in Mexicantown. Located next to Our/Detroit, The Huron Room will offer Michigan comfort food and booze with a heavy does of fish and chips. 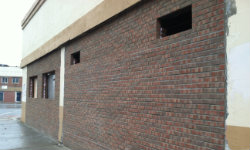 The Situation: Chef Norberto Garita is known for his Mexican-Italian restaurant El Barzon, but the owner has plans to open a casual eatery right next door. La Noria, which means "water wheel," will offer wood-fired oven pizzas, tacos, tortas, and more in a converted Coney island. Garita has plans for a full bar and a patio. Construction on the interior is nearly complete with the exception of the kitchen. Patio work is expected to begin very soon. 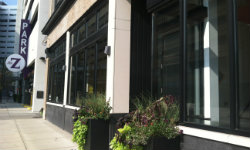 The Situation: Next month chef-bartender duo Brendon Edwards and Joe Robinson will once again have a home. The pair plan to open not one but two concepts in the Belt Alley — a casual, three-season outdoor bar called The Skip and a slightly more upscale restaurant/bar concept, Standby. Edwards and Robinson are working together on menu development, fusing chef and bar techniques to design dishes like Campari Cockles.

Projected Opening: Mid-to-late September October, The Skip will follow in 2016 according to DBusiness 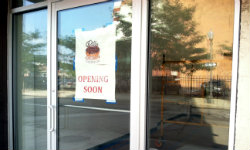 The Situation: The late hip hop artist J Dilla is the inspiration for this Detroit doughnut business. Herman Hayes (aka Uncle Herm) has developed a strong following with wholesale doughnuts and plans to go brick-and-mortar in The Ashley Building this fall. Expect decor inspired by Hayes' nephew, limited seating, coffee, and plenty of delicious, organic doughnuts. 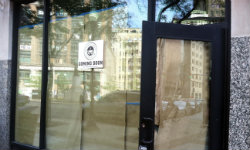 The Situation: More coffee is coming to fast-developing Capitol Park. Rochester's Dessert Oasis plans to bring house-made baked good and sweets as well as "craft coffee" to a 2,500-square-foot space beside Detroit Bikes. 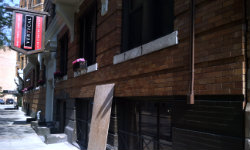 The Situation: September may be the summer of wine shops thanks to concepts like Vertical Detroit and bottle shop House of Pure Vin. Vertical earns a spot on this list for its added restaurant and bar. The plans call for small plates and a slick design with chandeliers, raw steel, and salvaged pine tables. 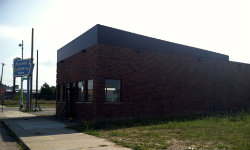 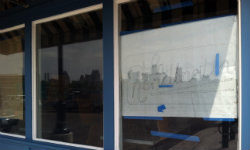 The Situation: Poor Dave Mancini. The Supino's owner is constantly plagued by the question "When is La Rondinella going to open." In short, the answer is he's not sure. The restaurant has made some progress over the last few months including adding signage and awnings, but we're told there are still a few wild card items on the list that could result in more delays. Cross your fingers this long-anticipated Italian eatery comes to fruition by the end of the year. 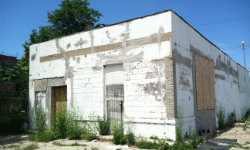 The Situation: Food truck turned Ann Arbor pop-up restaurant turned full-fledged Corktown restaurant Katoi has had a few setbacks this summer including having to fix the roof twice. Chef Brad Greenhill confirms that, while the exterior looks untouched, the interior is coming along with plumbing and HVAC complete. Booth seating has also been manufactured off-site. Partner Courtney Henriette adds the Thai-inspired eatery recently made some major hires, bringing on Cameron Rolka as Chef de Cuisine as well as Jordan Balduf and Mike Conrad as Sous Chefs.

UPDATES: As most people who follow restaurants know, opening dates are moving targets. A few dates have been updated in-text within the last 24 hours including Vertical Detroit, Standby, and The Skip.