Where to find pop-ups in Metro Detroit.

Perhaps more than any other city, Detroit has embraced pop-up dining, spawning a number of regularly hosted events around the city. Pop-ups brings culinary creativity and socializing to the forefront of the dining experience and often serve as proving ground for new brick-and-mortar concepts. While plenty of restaurants and bars occasionally offer special tasting menus, this list focuses on eight spots with semi-predictable pop-up schedules. 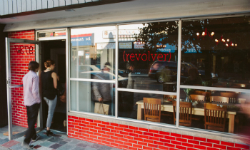 A granddaddy of sorts in the brick-and-mortar pop-up restaurant scene, Revolver will shortly be celebrating two years in business. Chefs from across the city and occasionally non-locals present daring dishes tasting menu-style at this Hamtramck spot. Changes may be coming soon to Revolver as the rumored to be working with chef Kate Williams on a new project. Sign-up for the mailing list to get updates on the ticketed dinners and remember to bring your own booze. 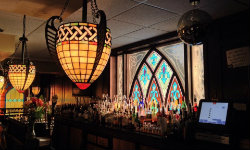 This cozy Corktown bar hosts Takeover Tuesdays with a rotating list of new and up-and-coming chefs like Dr. Sushi, Corktown Jesse, and more. Less formal than a ticketed dinner, dishes here are generally served a la carte, so you can mix and match to suit your cravings. Follow St. CeCe's on social media for updates on the weekly dining series. 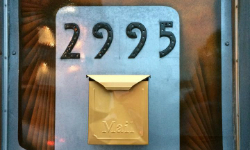 Hamtramck pop-up restaurant Yemans Street hosts a regular rotation some of the area's best chefs in a gallery-style space. In addition to ticketed events, the restaurant offers a solid a la carte weekly brunch. 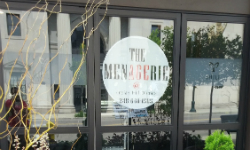 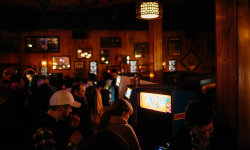 Located in the vacant space above Checker Bar, POP arrived on the scene earlier this year. Every Thursday the venue comes alive with a new dining concept, from Detroit Delhi with Corktown Jesse and Lindsay Salminen to NOODL by general manager Steven Reaume. While the events are occasionally ticketed, more often you'll find casual, a la carte menus with very reasonable prices. 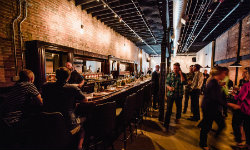 Spirits aren't the only thing to check out at Detroit City Distillery. The Eastern Market cocktail bar offers semi-regular bao pop-ups by Kung Food (usually on Tuesdays) and brunch by Detroit Delhi. Check the bar's social media for regular updates. 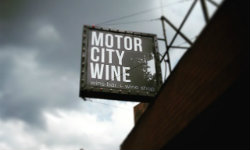 Sundalicious is MotorCity Wine's answer to the pop-up dining craze. Enjoy wine, music by Jazz Vinyl Club, and food from a range of favorite local pop-ups from 5 p.m. to 9 p.m. every Sunday. Sign-up with the mailing list for weekly updates. 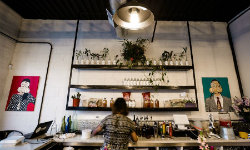 Mexicantown cocktail haven Our/Detroit plays host to plenty of pop-ups and up-and-coming restaurants. The venue has featured a variety of local concepts over the past year, from Social Sushi to Rocco's Italian Deli and Esto's Garage. Follow the distillery on Facebook or Instagram for regular updates.