In this special Burger Week edition of Eat Mile, columnist Serena Maria Daniels explores the intersection of the restaurant industry and the economic recovery of Detroit businesses with a look at Motor City Sports Bar. 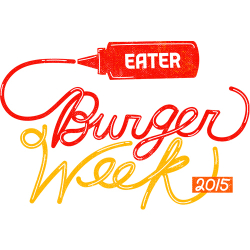 In Hamtramck, once a bastion for blue-collar corner bars, the city has faced challenges overcoming economic hiccups resulting from the closure of American Axle. Gradually, it's beginning to rebound thanks, in part, to a budding restaurant scene. Among the success stories is Motor City Sports Bar, a longtime Hamtramck watering hole for line workers at American Axle and the General Motors Detroit/Hamtramck Assembly Plant.

Twin brothers Nick and Vok Nuculaj bought the space about 15 years ago from the owners of the New Dodge Lounge, which had moved just down the street. Both were working for American Axle at the time and wanted a steady second income. So with Nick on the grill, they started serving what is now considered some of the best patties in Metro Detroit.

"We make them ourselves. We get the meat delivered fresh from Eastern Market every other day," Vok Nuculaj says. Without giving away the chemistry behind it, the brothers say the meat is a blend of 80 percent beef and 20 percent fat. In burger speak, that ratio makes for a juicy, flavorful yet still relatively lean patty. Complemented with garlic powder, seasoned salt, and pepper, the Motor City burger balances just the right amount of spice with the natural essence of the protein.

The recipe is nothing fancy. For true magic behind Motor City's burger look to the grill. Slices of American cheese are tossed directly on a greased grill for several seconds before being transferred to the patty, giving the cheeseburger that perfect consistency of melty goodness. The sesame seed buns are just sturdy enough to hold it all together but also soak up the juiciness of the meat, so there's no bready distraction from the flavor.

During their first years in business, the Nuculaj brothers had no problem keeping the bar full, with many of their buddies at American Axle stopping in for lunch or Happy Hour. "We got a lot of business from the day crowd," Vok Nuculaj said. "Everyone from work came in because everyone knew us."

But that all changed when work at the plant was outsourced. Suddenly, they too were out of work at the factory and that second income Motor City was supposed to bring in became their primary money maker. Without their friends from the plant filling bar stools, the future of Motor City was uncertain. 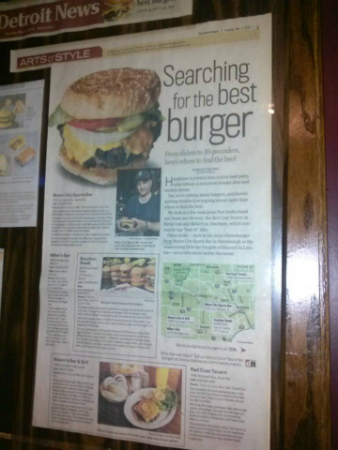 Hamtramck has a deep bar culture, dating back to the 1910s when the Dodge Brothers first set up shop and attracted thousands of blue collar workers to the area. After a back-breaking day on the line, workers fan out into the neighborhoods, filling seats at the city's numerous corner bars. When a large chunk of that business dried up, so too did many of the dive bars in Hamtramck.

Perhaps Motor City's saving grace were those tasty burgers. Word about them spread quickly when The Detroit News and Metro Times named them among the best burgers in Metro Detroit. Soon customers from all over the place were coming in to try them.

Work has since picked up at the nearby GM plant, with the launch of the Chevy Volt. On any given Friday afternoon when first shift clocks out, the place is packed. Sure, the specials on beer pitchers, the pool tables and the blaring jukebox play a hand in the sports bar's success. But without the magic behind those burgers, the story of Motor City might be very different.