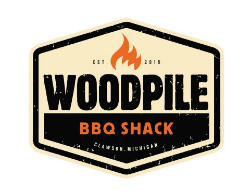 in a new venture with Zac Idzikowski to bring barbecue and ice cream to Clawson. Moloney tells Eater that their new project, Woodpile BBQ Shack, is heading for the former A&W stand on South Main Street near 14 Mile.

Built in 1957, the A&W operated seasonally through summer 2013 before shuttering permanently that fall, according to Moloney. Still, he and Idzikowski see potential in the 950-square-foot building. The partners closed on the stand February 20 and have begun the demolition process. They're currently drawing up plans and preparing for inspections. Although the design isn't settled, Moloney and Idzikowski see distressed barn wood, corrugated steel, and picnic tables as part of the final vision.

"To me, Clawson is where Ferndale was six years ago," Moloney says. "It's kind of become a place to go to."

The shack will house Woodpile's kitchen and will offer outdoor patio seating only. Idzikowski is handling the barbecue while Moloney plans to offer approximately 10 ice cream flavors from his Ferndale shop. They'll also have other barbecue and ice cream friendly desserts such as cobbler and pecan pie. Moloney says Idzikowski's barbecue is very similar to that of his he younger brother of Tim Idzikowski (Detroit BBQ Company), but emphasizes that Tim will have no part in the business.

When asked whether he had any other projects in the works, Moloney says he has lots of  "balls in the air right now," but isn't ready to announce anything yet.

Woodpile's partners plan to launch a crowdfunding campaign soon with special discounted gift certificates as incentives. Moloney anticipates the project will be completed this summer.