Welcome to a special holiday edition of Eater Scenes, where photographers Michelle and Chris Gerard visit some of the city's classic and contemporary destinations to capture them at a certain, and very specific, point in the day. Here is a look inside Abick's Bar at 6 p.m. on a Wednesday in December.

Share All sharing options for: Season's Greetings From Abick's Bar, a Family-Owned Fixture 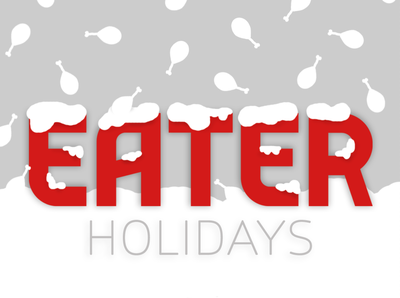 On a quiet neighborhood street off Livernois and just south of Michigan Avenue, Abick’s Bar has steadfastly served drinks for more than 100 years. A green neon sign is the sole beacon drawing patrons in off the street to this seven-generation family-owned fixture. Unfamiliar faces might be greeted by the thundering bark from Shadow, Abick’s bulky English mastiff who prowls the bar in search of a scratch behind the ears. In December, the century-old interior is transformed into a winter wonderland of kitschy Christmas decorations and holiday lights. Ornamental santas hang alongside black and white family portraits and brightly lit trees cheer-up nearly every corner of the otherwise dim tavern.

The building is broken up into several distinct rooms jutting off of the main bar area filled with pool tables, TVs, and a juke box. Towards the back of the house, find Abick’s game room; reserved for special parties today, in the pre-Prohibition days it served as the women’s area and as a spot where ice blocks were sold to locals for refrigeration. Through a narrow doorway behind the bar, Abick’s also offers a hideaway cigar room that looks not unlike a household den with large leather couches and barbershop.

For those wishing to belly-up for a beer, prices are very reasonable but don’t forget to bring cash. On typical weeknight Abick's may only serve a few regulars, but the establishment is also known for hosting huge fundraisers such as guest bartender nights and its annual Pig-a-Palooza rib cook-off. Take a seasonal tour of Abick’s in the gallery above.

Eat and Drink Your Way Through the Holidays in Detroit