Weber's Restaurant Has Been Serving Prime Rib Since the 1950s

In honor of Classics Week, Eater takes a look at this Ann Arbor restaurant fixture.

Share All sharing options for: Weber's Restaurant Has Been Serving Prime Rib Since the 1950s

For many Ann Arborites, a holiday meal or a business lunch isn't complete without a trip to Weber's, a classic restaurant and boutique hotel off Exit 172. Having opened more than 70 years ago, Weber's menu is a prime example of how historic restaurants evolve to capture the ethos of each new generation's tastes.

A young, 23-year-old Herman Weber might never have imagined the classy supper club menu that now greets 21st Century diners. In 1937, Herman and his brother started their fledgling diner business out of the Abbott Gasoline Company station on Washtenaw Avenue. At the time, it was called the Hi-Speed Inn and offered little more than a few tables, chairs, and a jukebox. The grill served simple, inexpensive fare to traveling customers: Hamburgers were 15-cents and a 12-ounce can beer was a dime. That first restaurant was a great success and kept the brothers busy.

On the 75th Anniversary of the restaurant Herman recalled those early days. "We opened for 7 a.m. and we closed at 2 a.m. the next morning. We called that 19-hour period the ‘long shift.' We also had what we called the ‘short shift'-from noon to closing, only 14 hours."

Over the years, the restaurant changed locations and names, eventually settling on the current moniker, but the mentality of the ownership stayed the same. 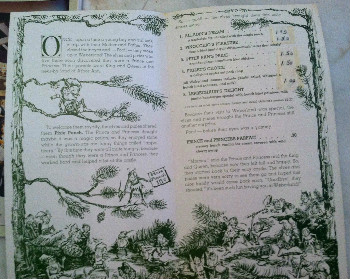 "He wanted a restaurant that people were going to like and if he saw that trends were going in a certain direction, then he would go with that and he would give the people what they wanted," says Herman's grandson Michael Weber. The result is a menu with dishes from the 50s, 60s, 70s, and so on, that will satisfy a grandmother as much as a grandchild.

In the 1950s, Weber's chef, Buddy Whipple, developed the eatery's signature dish, prime rib. The two-step recipe involves baking the meat for four hours in a traditional convection oven until the internal temperature reaches 135 degrees. The roast is then placed in a second oven that's calibrated for 135 degrees for another two hours, which gives the prime rib time to rest, tenderize, and reabsorb some of the fats. Served swimming in au jus with roasted potatoes and creamy horseradish, it's a hearty crowd-pleaser. 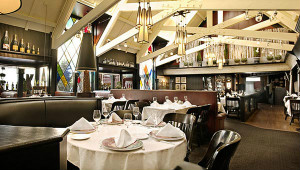 Other classics at Weber's include the French onion soup, roast duck, and a London Broil. These staples stay the same, although the restaurant rotates its seasonal menu four times per year. Everything is made in-house from the breads to the ice cream used in the restaurant's dessert menu.

Weber's pastry chef Marybeth has been working behind the scenes developing decadent desserts with a mainstream appeal for more than 15 years. Forget dainty scoops of ice cream or a sliver of pie, these items require some belt loosening action. Try a classic coconut snowball (vanilla ice cream rolled in toasted coconut shavings and topped with chocolate syrup and whipped cream) or a more contemporary butterscotch dish.

Last year, in honor of Herman's 100 birthday, the restaurant offered a throwback menu featuring frog legs, escargot, calves liver and onions, and more. Herman passed away two weeks later, but his legacy lives on in his restaurant's food and service, which will continue to be passed down through new generations of the Weber family.

Editor markup for Six Classic Ann Arbor Bars and Restaurants Everyone Should Try. This is only visible in the story editor.