From Coneys to Paczki, These are Detroit's Iconic Dishes

Stick a flag in them. We're claiming these foods for Detroit.

Share All sharing options for: From Coneys to Paczki, These are Detroit's Iconic Dishes

As Classics Week continues, it's time to identify the iconic dishes of our city. Detroit is riddled with great regional food, making this quite a challenge. But we managed to winnow down the candidates to six solid choices. Here now, Detroit's iconic dishes. 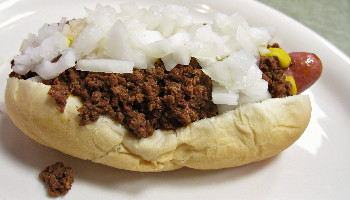 As any Detroiter would gladly tell you The Coney Dog is not an invention of Brooklyn's Coney Island. While Nathan's Famous may have created the dog culture, Detroit's influx of Greek immigrants deserve credit for adding the mustard, onions, and chili. Simple, elegant, deliciously messy, The Coney Dog reigns supreme among Detroit's cuisine in terms of sheer ubiquity and fanfare. Here are nine spots every Coney lover should try. 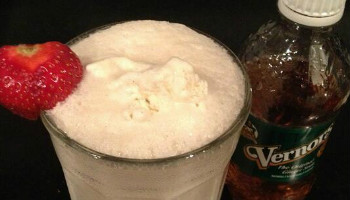 A misleading name, The Boston Cooler is not a Massachusetts innovation. Made with a Detroit favorite Vernor's Ginger Ale and vanilla ice cream this frothy and refreshing float may have been invented on Boston Boulevard (now the Boston-Edison historic district) some would-be historians have found evidence of the drink's popularity as far back as 1880. Raise a glass to this classic beverage at any number of restaurants around Coney Islands around town or visit Halo Burger in Flint. The drink can even be found abroad at Chow Food Bar in San Francisco. 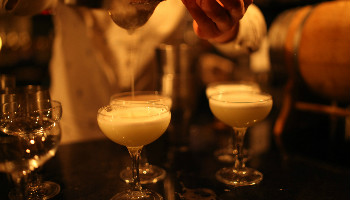 Invented in Detroit, lost, and then rediscovered by bartender in Seattle, The Last Word has perhaps one of the greatest stories of any throwback cocktail out there. It's stunning green color and dark purple maraschino cherries make this strange and enticing elixir a tart and delicious treat to order at a local craft cocktail bar and impress your friends. The beverage has even given it's name to a bar in Ann Arbor, but you can order it right here in Motor City at The Sugar House or The Detroit Athletic Club, where it was allegedly invented. 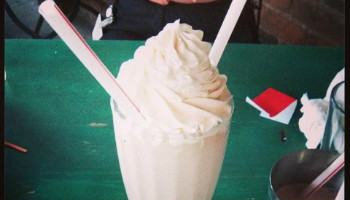 No, not the gas-guzzling, all-terrain vehicle. That's from Indiana. The Hummer is a dangerously delicious alcoholic milk shake allegedly invented in 1968 by Bayview Yacht Club bartender Jerome Adams. A little Kahlua, some rum, a few ice cubes, and vanilla ice cream blended until smooth and a star was born. It's a delicious sweet treat that goes perfect with a burger from Corktown's Mercury Burger & Bar. Order one if you dare. 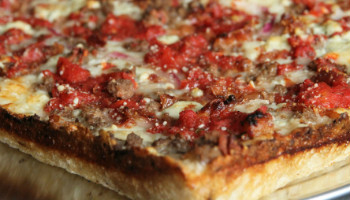 If the stories are true, Detroit-style pizza is a prime example of necessity as the mother of invention. Some 70 years ago, the people at Buddy's Pizza jammed a textbook Sicilian pizza recipe into the confines of a rectangular steel pan that happened to generate a perfectly crunchy crust.  Thus, the Detroit-style was born. Over the years, Buddy's has grown into a successful chain but the style has spread to other restaurants including Cloverleaf, Jets, Loui's Pizza in Hazel Park, and even Via 313 in Austin, Texas. 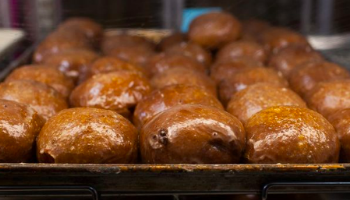 Not exactly a Detroit invention or even a Hamtramck innovation, but hear us out. While other cities in the Midwest are known to celebrate Paczki Day, who does it with more fervor and enthusiasm than Metro Detroit? From paczki eating contests to lines outside bakeries that rival the release of a Star Wars film, Detroit knows how to salute this decadent donut in a way that other cities don't. So let claim it for our own and be damned what the rest of the world thinks.