Scared of a little wine list? Don't be. Eater Detroit's wine contributor Hannah Lowe is here to demystify buying a bottle, one easy step at a time. Here's the what, where, why, and what with (food that is) of Spanish Cava. 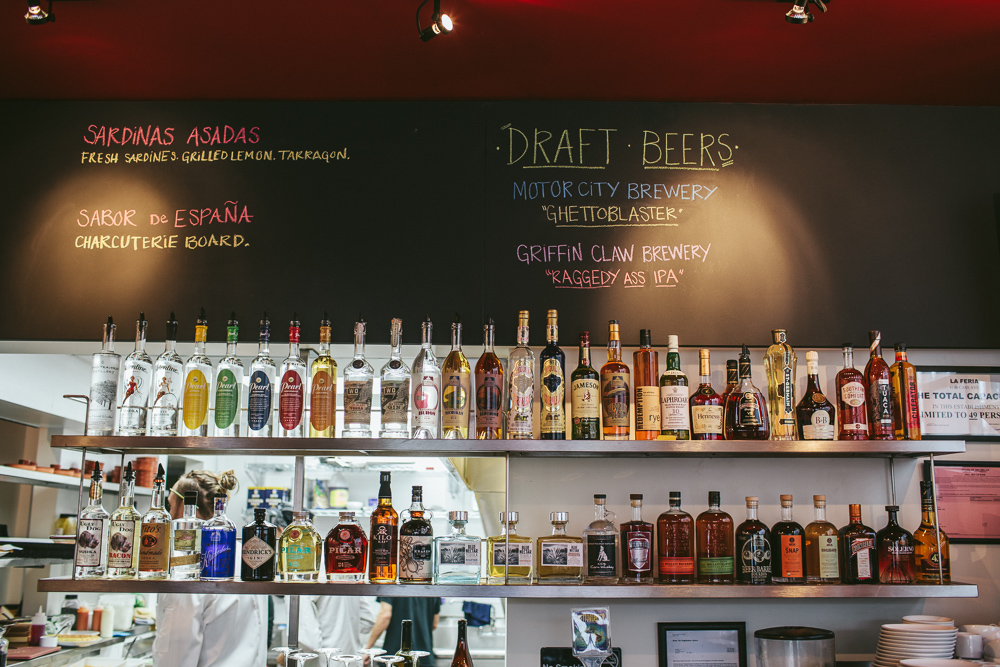 France has its Champagne, Italy, its Prosecco, but Spain's sparkling wine? Cava of course. Cava seems to be one of those things: never heard of it; then someone mentions it and explains what it is; and then it's literally everywhere. It's like it never existed until one day it just popped (pun intended!) onto the scene. Totally trending as the next big thing in sparkling wine as Prosecco mania is set to cool off, Cava is seeing a surge in popularity due to its reasonable price tag and variety of tastes and styles.

Traditionally made by the same method as Champagne, but from the Macabeu, Parellada, and Xarel-lo grapes, Cava tends to be a bit fruity or floral but not really sweet. Typically less expensive than Champagne, Cava is a refreshing stand-alone sipper or an easy sub-in for those brunch mimosas.

La Feria : It stands to reason that a Spanish tapas restaurant would serve up bubbles from the motherland. As La Feria's one and only sparkling wine, the VallDolina Cava is a classic choice made from the traditional three Cava grapes. Cava's crisp, non-acidic flavor makes it so drinkable, it goes well with all types of food. Try it with something a bit fatty, fried, or spicy to cleanse the palate and lighten the meal. Perhaps pair it with La Feria's fried eggplant, calamari, or everyone's favorite: patatas bravas (fried potatoes).

SkyBar Lounge: With a bountiful wine list, SkyBar has many varieties of sparkling wine to try, including everything from Cava to Prosecco to Champagne to sparkling California wine. And then beyond that, different styles, such as brut (dry) and rosé. The Cava featured, Kila Cava, is produced in the Penedes region of Spain, where by far the majority of Cavas are made. Check out SkyBar's Bar Bites menu, on which any item would make a good match with "the Cav."

Seva: This downtown vegetarian outpost has a sparkling rosé Cava made from Granache grapes to give it that pink hue. Listed as a product of Italy on the menu (although further research shows that the producer, Mascaró, is indeed Spanish), pair it with Seva's vegetarian and anything-but-boring appetizers or entrées, such as baked brie or mac and (vegan) cheese. Granache is low in tannins (the product of grape skins, stems and seeds that make the sides of the tongue pucker a bit and found in intense red wines) so it goes nicely with soft flavors and textures, or with lightly spicy food.-By Hannah Lowe
· Springtime Rosé: Where to Drink it Now [-ED-]
· Detroit Wine Deals for Every Day of the Week [-ED-]