Share All sharing options for: Sarap Pop Up Introduces Detroit to Filipino Cuisine

Filipino food is something most Detroiters know little to nothing about, but a new business is seeking to change that and prove that the city has been missing out. When Dorothy Hernandez and Jake Williams chose a name for their pop-up dinner business, they wanted something authentic, but easy to pronounce, which is how they settled on Sarap. It means "delicious" in the native language of the Philippines, and it's exactly what they're going for.

For Dorothy, the decision to start the business came from the realization that that Detroit didn't have enough Filipino food. Clawson and Warren used to have restaurants, but they're closed now. She said that because there's not a localized area with a big Filipino population, it's harder to sustain a business catering strictly to Filipinos. As for Jake, his love of International cuisine started early. One of his first memories is of going to a Greek restaurant and seeing the flaming cheese. He comes from a family that cooks a lot, and that explored other cultures through food. Jake loves the communal aspect of food, that you can bond without language, and have a similar shared experience. He has learned a lot about Filipino food recently, pointing out that it is actually the first fusion cuisine. The influences of Polynesia, Asia, and the traditions of European cooking came together and created the food scene as it is today.

Jake is a certified executive chef with a culinary degree, and he is currently working towards a bachelors in food science and nutrition. Dorothy claims that she's not a chef, but mentions that she has always really loved food, and that it's always been a big part of her life. Lumpia (the Filipino version of spring rolls) were something she would make with her family growing up with her mom, a nurse. After college she started learning more about cooking traditional dishes like, Sinagang (tamarind soup), Adobo (meat braised in vinegar and soy sauce), and Pancit (traditional noodles). Jake says that while she doesn't give herself enough credit, she really is a great cook. 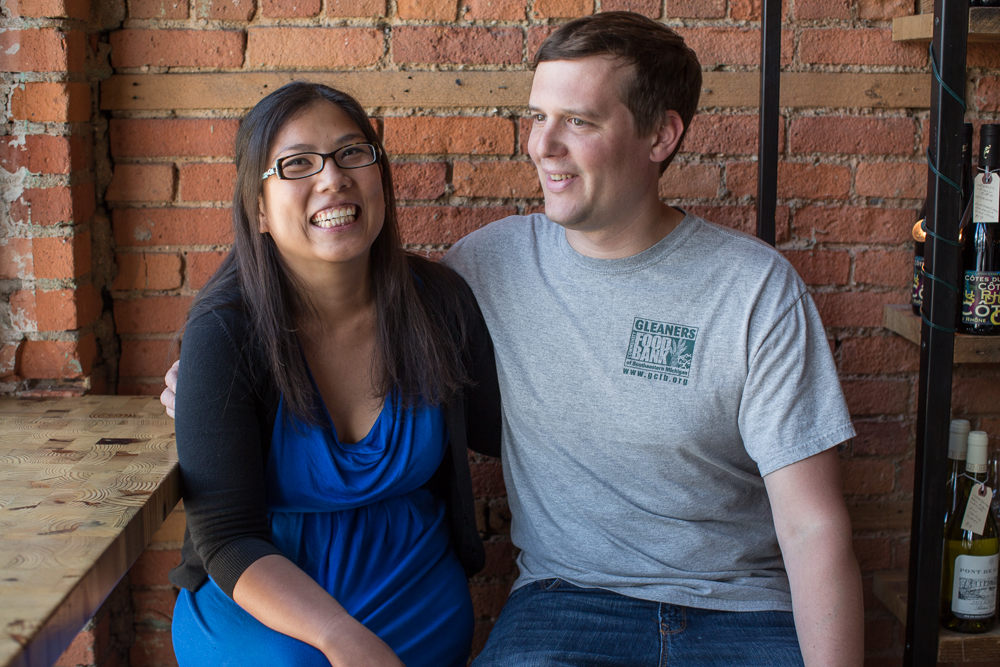 Sarap is hosting their first completely sold out pop up dinner on June 22nd at Supino Pizzeria. Both seatings were completely full after just five days, which Dorothy and Jake believe shows that people really have an appetite for the cuisine. As for the guests, there are the usual adventurous foodies, and more than a few Filipino Americans who want a taste of home. The couple notes that the focus is on not just the food, but on providing a quality service experience. For some people this may be their first Filipino experience or their very first pop up dinner, and they want guests to leave satisfied.

As for future plans, they're taking things slowly. They're hosting a second sold out dinner in Port Huron on June 23rd, and would like to have more dinners, maybe in a bigger location. They're considering hosting additional dinners in other locations, in and outside of Detroit, but they're not planning anything until the first dinners are complete. They don't have a set future plan for now, but a mobile catering or food truck is something they're considering to build a following.

As for the dinner, they'll be serving both meat and vegetarian options, and they have been cooking from scratch whenever possible. Jake is a member of FoodLab, so he's trying to source as much as possible from Grown in Detroit, and other local vendors, but certain things are really specialized and will need to be sourced from elsewhere. They have been saying "This won't be your mom's Pancit" to get guests used to the idea that they'll be eating inspired Filipino food, not purely traditional cuisine. They are putting a gastro pub spin on some of the food to make it more familiar to guests who don't know about the food, but other aspects will be classic Filipino through and through. In short, they're cooking how they like to eat: fresh, local, good food. Their goal for the first dinner is simple, they want to highlight what makes the cuisine unique. As for the overall experience, they want just one thing: for everyone to come away wowed.
· Sarap Detroit [Official Page]
· Sarap Brings Filipino Flavor to Detroit [-ED-]