The hottest Detroit foodie experience: the pop up supper club dinner. Being held all over the city and surrounding suburbs, some chefs are foregoing brick and mortar restaurants in favor of intimate dinner parties held in interesting locales.

Take Saturday night's Stockyard Detroit pop up dinner. Chef Marc Bogoff prepared a five-course meal for sixteen strangers at Nora, a modern minimalist house-wares boutique in Midtown. Twice. (Typically the team does two back-to-back seatings.) The atmosphere was laid back and friendly, as guests got to know one another over a smooth and refreshing vodka cucumber gimlet before digging into the seasonal menu.

Stockyard hosts semi-secretive supper club dinners every few weeks, only telling guests where they will be dining once they've bought their tickets. The menu is unknown to the diners until they show up that evening. Chef Bogoff and his team prepare the food onsite, a feat considering the venues, such as Nora, don't usually have kitchens. 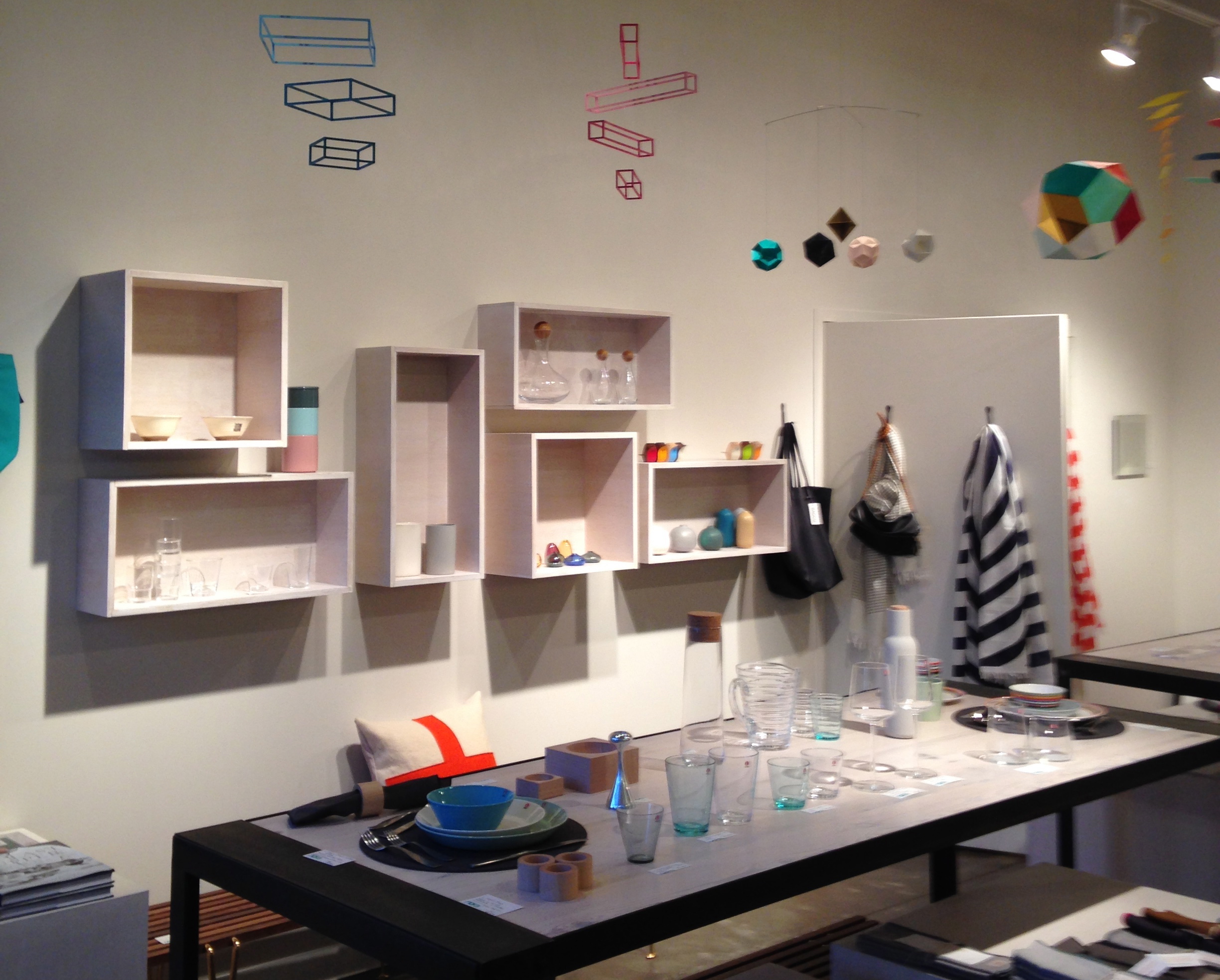 Sitting at a long table splashed by the setting evening sun streaming in the shop's wall-to-wall windows on Cass Avenue, diners lingered over seasonal asparagus and ramp bisque with salmon roe and dill. Next up was a green salad featuring the cheese of the moment: burrata, dressed with a cumin vinaigrette. A limey shrimp ceviche, served on blue corn tortilla chips with spinach pesto and pickled Fresno chilies for some heat, transitioned nicely into the main course: al dente spaghetti with salty chorizo and English peas. And for dessert, a seriously crowd-pleasing plate of sliced banana with chocolate Oreo crumble, almond granola, caramel drizzle and vanilla cream that mimicked the taste of Oreo cookie filling.

The team moved quickly and succinctly, interacting with guests between each course and making sure the table was well-stocked with light red and white wines that paired nicely with the bright clean flavors of the food.

Bogoff hadn't always had a culinary career in mind. He had been studying finance in school but decided it wasn't fulfilling his creative itch. So after working in the Chicago restaurant scene, he returned to Detroit to spark his chefly pursuits.

Stockyard's done a good job generating excitement for the pop up dinners, announcing them only a week or so beforehand on their website. Creating buzz through social media such as Instagram, the dinners usually sell out within a day or two of their announcement.

Next up: Stockyard is taking it to the streets in their new food truck. Set to launch in the next week or two, the truck will be a welcome addition to the burgeoning Detroit food truck scene. Follow Stockyard's website for updates on the whereabouts of the truck and upcoming supper club dinners. And follow them on Instagram for mouth-watering photos of their foodie creations. If that Oreo banana dessert is recreated for the food truck, that alone will make a trip worthwhile, but certainly Detroiters will have something to look forward to in the inventive yet unfussy food Stockyard is generating.-by Hannah Lowe
· Stockyard Detroit [Official Site]
·
BYOB in MI: Are People Bringing Their Own Bottles? [-ED-]