Now that Metro Detroiters have sufficiently recovered from the festivities of Opening Day and St. Patty's Day, it's about that time to head over to the city's southwest side in honor of Cinco de Mayo. Recognized by most Americans as one of those excuse-to-drink holidays, it's also a great time to familiarize oneself with some delicious, authentic Mexican cuisine.

For many a Detroiter that means a stroll down Bagley, where old standbys like Mexican Village, Xochimilco and Mexican Town restaurants, known for their hard shell taquitos and guac, sizzling fajitas and jumbo-sized, syrupy margaritas are accompanied by the wail of a forlorn mariachi singer playing on loud speaker.

But for those interested in checking out a few points of interest favored and organized by the locals, not just tourists, here are a few favorites, including a couple in neighboring Corktown. Since El Cinco falls on a workday this year, some of the neighborhood's signature festivities, including the annual Cinco de Mayo parade on Vernor, will take place Sunday, the 4th. Check out this walking cantina crawl guide, take in some culture and, por favor, respect the neighborhood's charm.

Get to Vernor early enough in the day and try to snag a parking spot at Donovan's Pub, at Vernor and 21st. At first glance, the unassuming cinder block building looks like a typical, Irish beer and a shot type of joint. In fact, regulars are just as diverse as Southwest Detroit, where the area's Mexican Americans, musician types and newcomers alike can kick back in a welcoming, laid back atmosphere. Throughout the year, Donovan's is known for showcasing local a DJs and indie bands. Have a bar stool, sip a Corona and wait for some of the Cinco de Mayo action to kick off down the street. 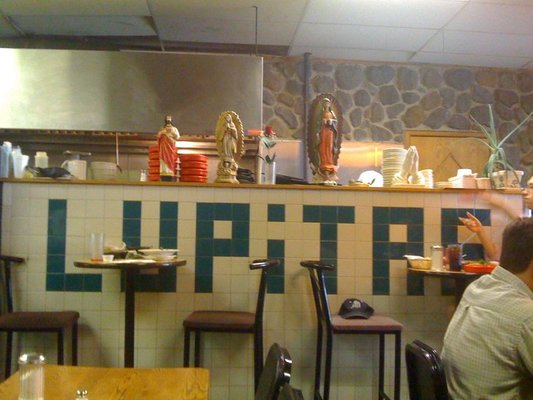 A Mexicantown staple, the Cinco de Mayo parade will fill Vernor between Woodmere and Clark, starting at noon. The family-friendly event gets school children, community organizers and local leaders in on the festivities. But it's what happens afterward that is perhaps more of spectacle. The "Blessing of the Lowriders," held 1:00 -3:00 p.m. has become a Cinco de Mayo tradition, mixing West Coast customized car culture with a Southwest Detroit touch. Each year, a pastor says a prayer for the soured up rides as they hop up and down with hydraulics. Organized by Detroit car clubs, USO and GoodTimes, a lineup of American motor classics, painted in candy-colored gloss to match sparkly, chrome and gold dubs anchor the Sunday afternoon showcase. This year, Lowriders will be accompanied by Lowrider bicycles and breakdancing by the Motor City Rockerz b-boy crew.

After the parade and Lowrider showcase wind down, walk across the pedestrian bridge to the other side of Bagley and stop in at Taqueria Lupita's at 3443 Bagley. Lupita's is always a go-to destination for busy downtown weekday office workers, looking for an affordable lunch. Go there for cheap tacos, made with classic carne asada (a thinly marinated beef steak, typically skirt or flank style and grilled), pollo asado (grilled, marinated chicken) or al pastor (pork, and arguably its signature meat filling). The no-frills spot doesn't serve cervezas or margaritas and is cash-only. But ask most Mexican food snobs and they'll say they are probably the closest to authentic street food that one is going to get along the historic neighborhood on Bagley. Sit down and munch or take them to go. 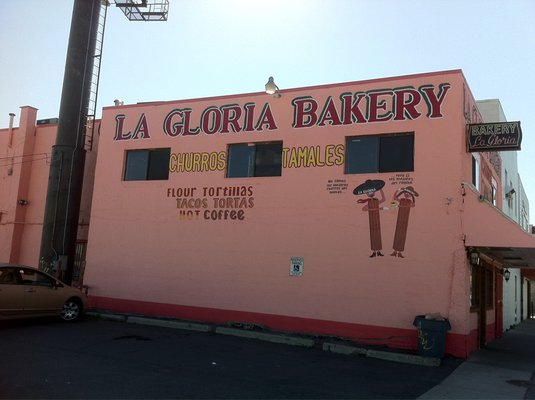 Stock up on traditional postres (desserts) at La Gloria Bakery (3345 Bagley). Walk in, grab a pair of tongs, a tray and fill it up with baked goods like churros, pan dulce (sweet bread) or a slice of tres leches cake (a milk-based, custard-like confection). Buy one treat to go for under a buck in some cases, or by the dozen. The sweet breads in particular will complement a cup of cafecito con leche the next morning. If the weather permits, round off the Bagley Cinco crawl with margaritas or tequila shots on the expansive, outdoor patio at El Zocalo.

For those who've already had enough of the same ol' Mexicantown spots, which can get especially congested during the days surrounding El Cinco, Mudgie's in adjacent Corktown has been dishing out its own tacos and margaritas, pared with Mexican-inspired sopas (soups), for the past several days in observation of the holiday. On a recent Wednesday afternoon, owner Greg Mudge could be seen smoking up an aromatic chunk of pork belly that he was preparing for the next day. He highly recommends visitors try his beef tongue, lengua, which he preps by letting the delicacy simmer for eight hours before cooking to a tenderness that melts in the mouth. Also in Corktown, check out Alley Taco's party, from 5:00 to 10:00 p.m., Sunday at MotorCity Wine.-By Serena Maria Daniels
· Anything but Average: Timmy's Tacos at the Painted Lady Lounge [-ED-]
· 5 Of Mexicantown's Best Restaurants [-ED-]