A tipster on Twitter noticed that the ill-fated Fatburger in Midtown appears to be closed according to the court order posted on the door. The restaurant has struggled since opening, and apparently they owed their landlords, Ramco-Gershenson Properties, LP, quite a bit of money. The document notes that any personal property on the premises should be seized and sold to repay the approximately $17,000 owed. This appears to be the end of the Midtown Fatburger, which opened only six months ago. 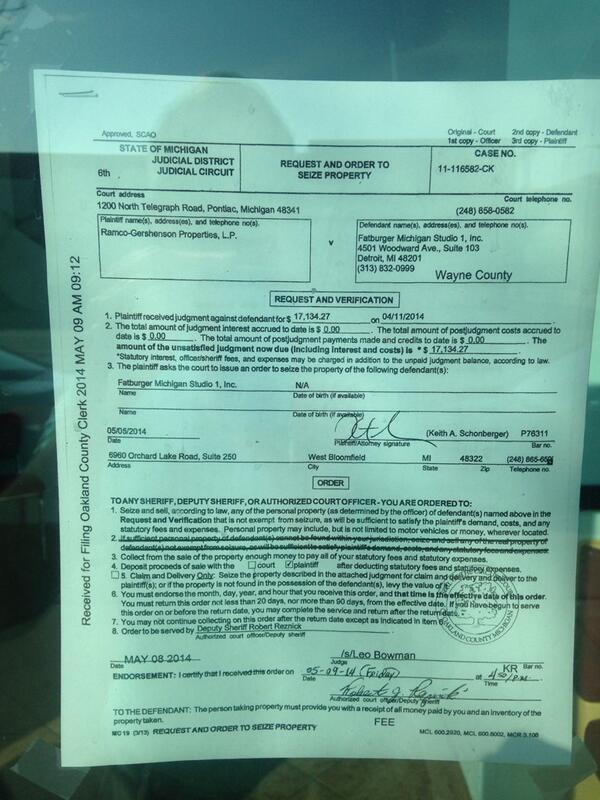