The newest multi-chef collaborative dinner in town is by a group calling themselves the Seasoned Chefs, and last night their inaugural dinner took place at C.A.Y.A. Smokehouse Grill. The group comprises Chris Johnson of The Meeting House, Alan Merhar of Evans Street Station, Jay Gundy of Cork Wine Pub, Benjamin Meyer of Iridescence, Jeff Rose of C.A.Y.A, and Eric Voigt, pastry chef at Big Rock Chop House and The Reserve. Each chef prepared a course, and Michael Korn of Woodberry Wine did the wine pairings.

The chefs are by no means old, but they have a few more years in the kitchen than the young chefs rising to popularity in recent months. That distinction of added experience is why they chose the name "Seasoned", and that feeling came through in the dinner. From the plating to the protein choices, the overall mood was very different from their self-proclaimed inspiration and counterpoint, the Young Guns.

While the Young Guns were high energy and high risk, the feeling was different last night; the atmosphere was calmer, the crowd skewed a bit older, and the dishes showcased classics more than youthful daring. 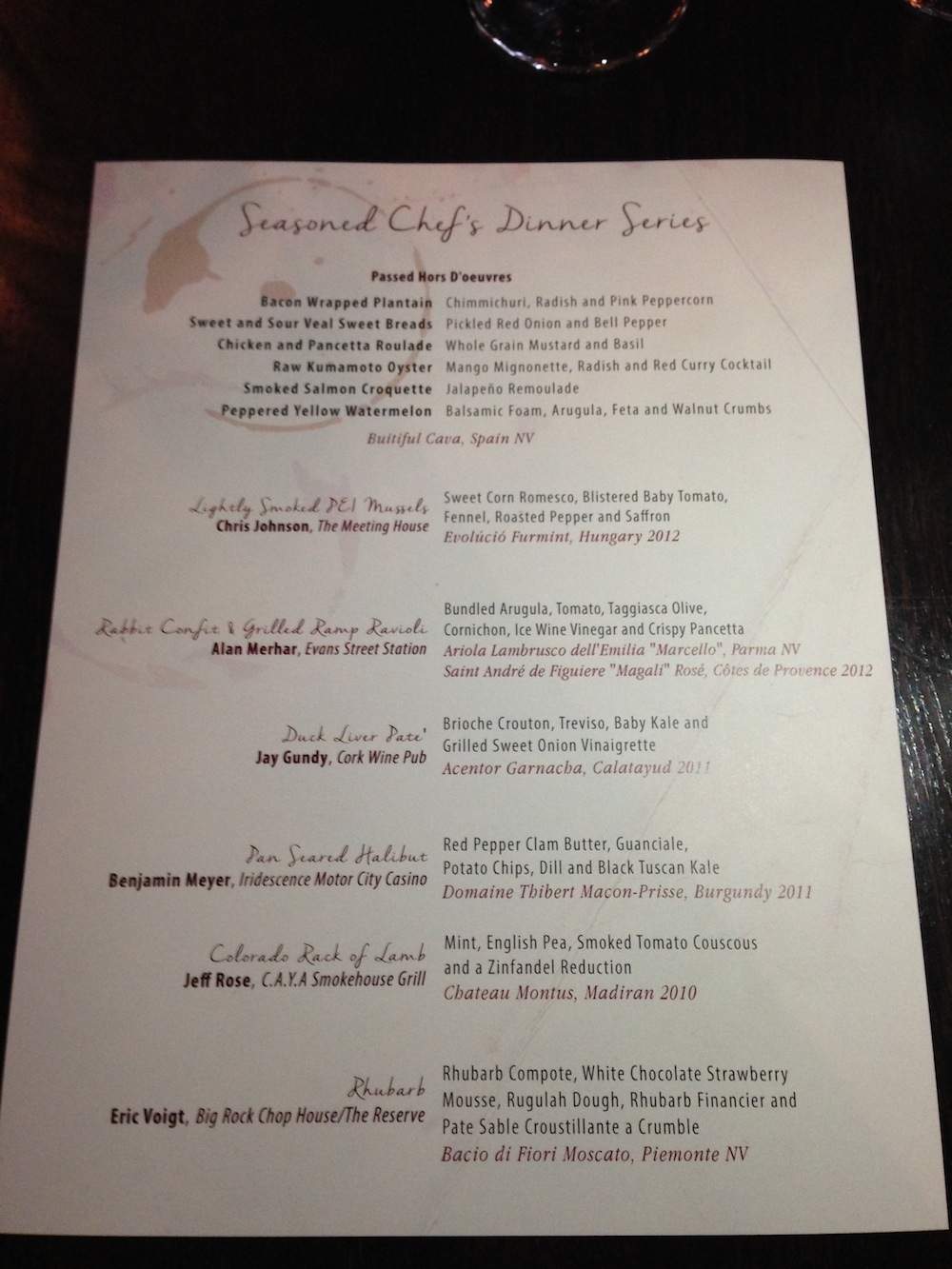 The wine pairings were unusual, with a retro throwback for the third course. Along with a rosé, diners were offered a Lambrusco, a very sweet red wine popular with women in the 1980's. Overall the proteins were beautifully prepared, the pairings worked well, and there were plenty of green spring elements to satisfy diners cravings. Fresh dill, arugula, ramps, kale, and English peas were all featured throughout the meal.

The standout courses were Chris Johnson's mussels, served out of the shell and very lightly smoked with corn, baby tomato, fennel, red peppers, and saffron with dill. It was light, surprising, and diners seemed pleased with mussels as a first course. Dessert, prepared by Eric Voigt, successfully used rhubarb and strawberry to finish the meal with the right amount of sweetness. 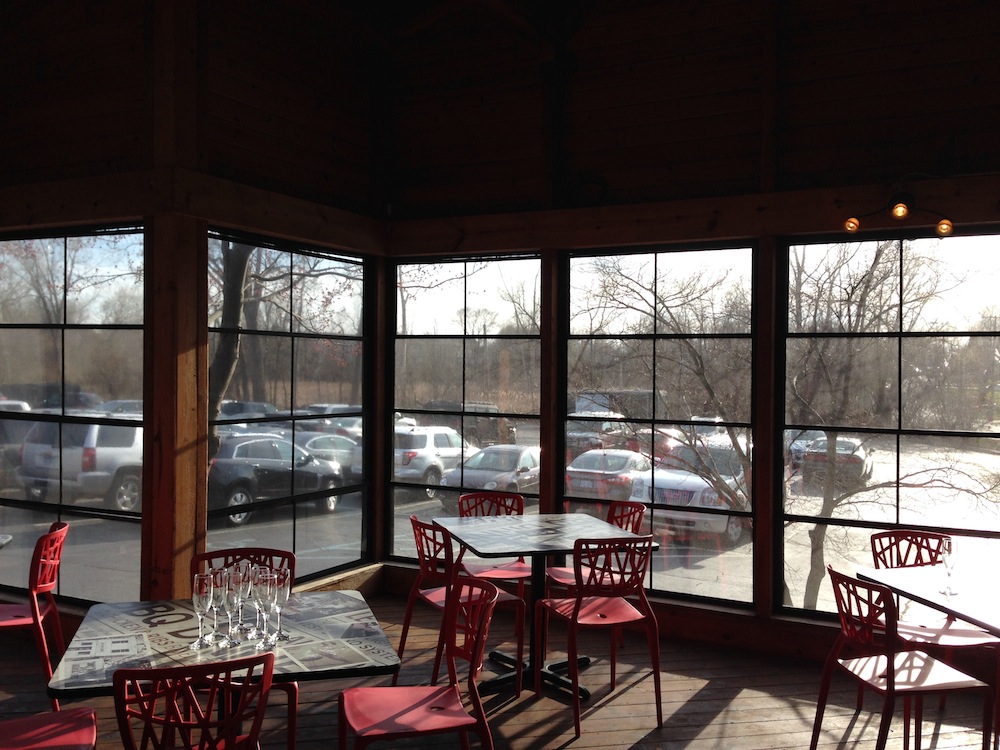 Proteins included mussels for the first course, rabbit confit in the second, duck liver paté in the third, followed by halibut for the fourth and Colorado rack of lamb for the fifth (which a fellow diner noted was cooked perfectly and without the overly gamey flavor that often accompanies the meat).

Michael Korn spoke about the wine pairing before each course, and diners relied on the menu (provided at the start of the meal) instead of the servers for the description of each dish. The first dinner in a series is always the experiment. The forthcoming versions, they're planning an event per season, will likely change as they make adjustments based on this very first meal. Tickets are not yet on sale for the next event, but will likely sell out quickly.
· There's a New Multi-Chef Dinner in Town [-ED-]