Hour Detroit is hosting their first ever Savor Detroit event this month, a series of sold-out dinners featuring some of the area's most celebrated chefs. Ten chefs were paired by Hour for the five-night event (April 28th through May 2nd), which will benefit Forgotten Harvest. Chef James Rigato (The Root, founder of the Young Guns dinner series) and Chef David Gilbert (Marais) were paired for the first dinner, on Monday, April 28th. Eater Detroit spoke to both chefs about their collaborative process for Savor and about why multi-chef dinners are so important. 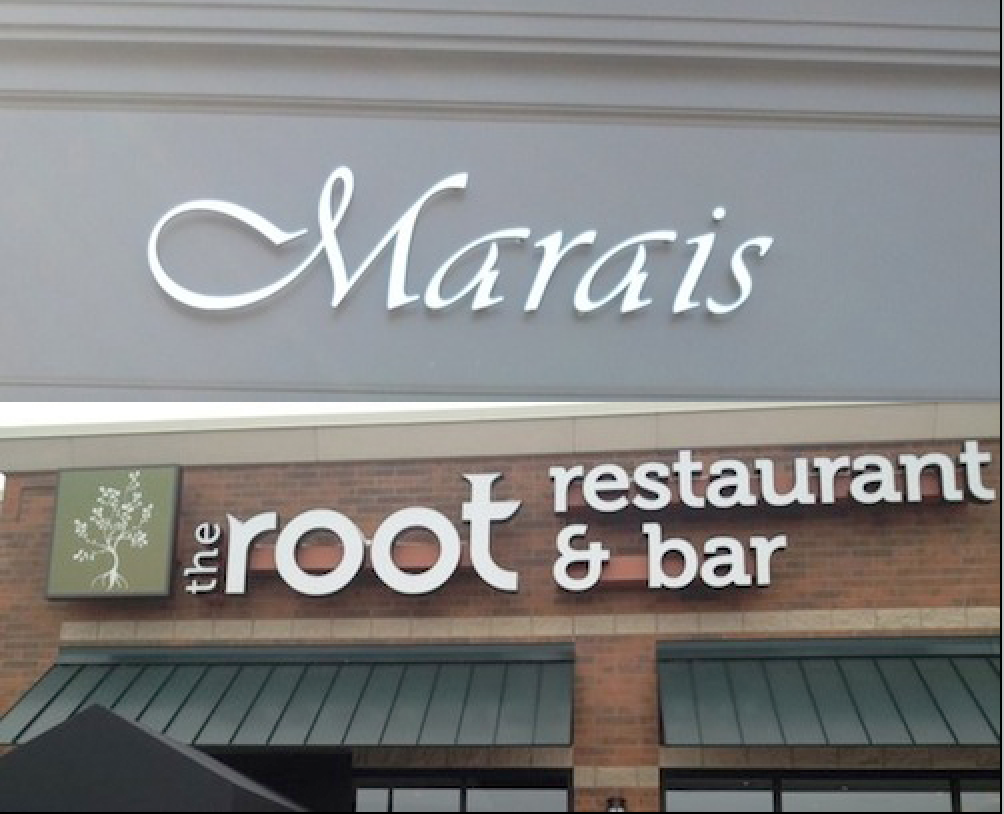 Marais and The Root. Photo Facebook and Yelp]
What was your first thought when you heard you were paired with Chef David for the event?
JAMES RIGATO: I was excited. I worked with him for about a year and we stay in touch. I haven't eaten at Marais yet and he hasn't eaten at the Root, so I thought it was a good opportunity to meet up on the same side.
DAVID GILBERT: I was ecstatic! Chef Jim and I had worked together in the past and I knew his style, and it matches perfectly with my philosophy. We have different styles of cooking, but our point of view and dedication to the industry is exactly the same.

How did you approach creating the menu?
RIGATO: I drove out and we sat down and talked about seasonality and progression of courses. What he and I wanted to do was very natural, we got our baseline down and have been texting. We recently put the whole thing together and it's been a good progression. I know his food, he knows my style, and it was pretty organic.
GILBERT: We're both doing canapés, I do a course, he does a course, and our pastry chefs collaborate on the dessert. We have two different styles of cooking, but the fundamentals are the same. We each had a moment to ourselves and thought about the food and the pairing, the nice thing is I talk to Chef James a lot, about every week or at least every two weeks, so we got to talk about spring. He came up with two ideas and I came up with two and we did a collaboration with our two pastry chefs, so it was easy to come up with a uniformity of the menu that flows really well. I think the customers will know whose food is whose though. It will be a great menu that could be at any great restaurant around the country. 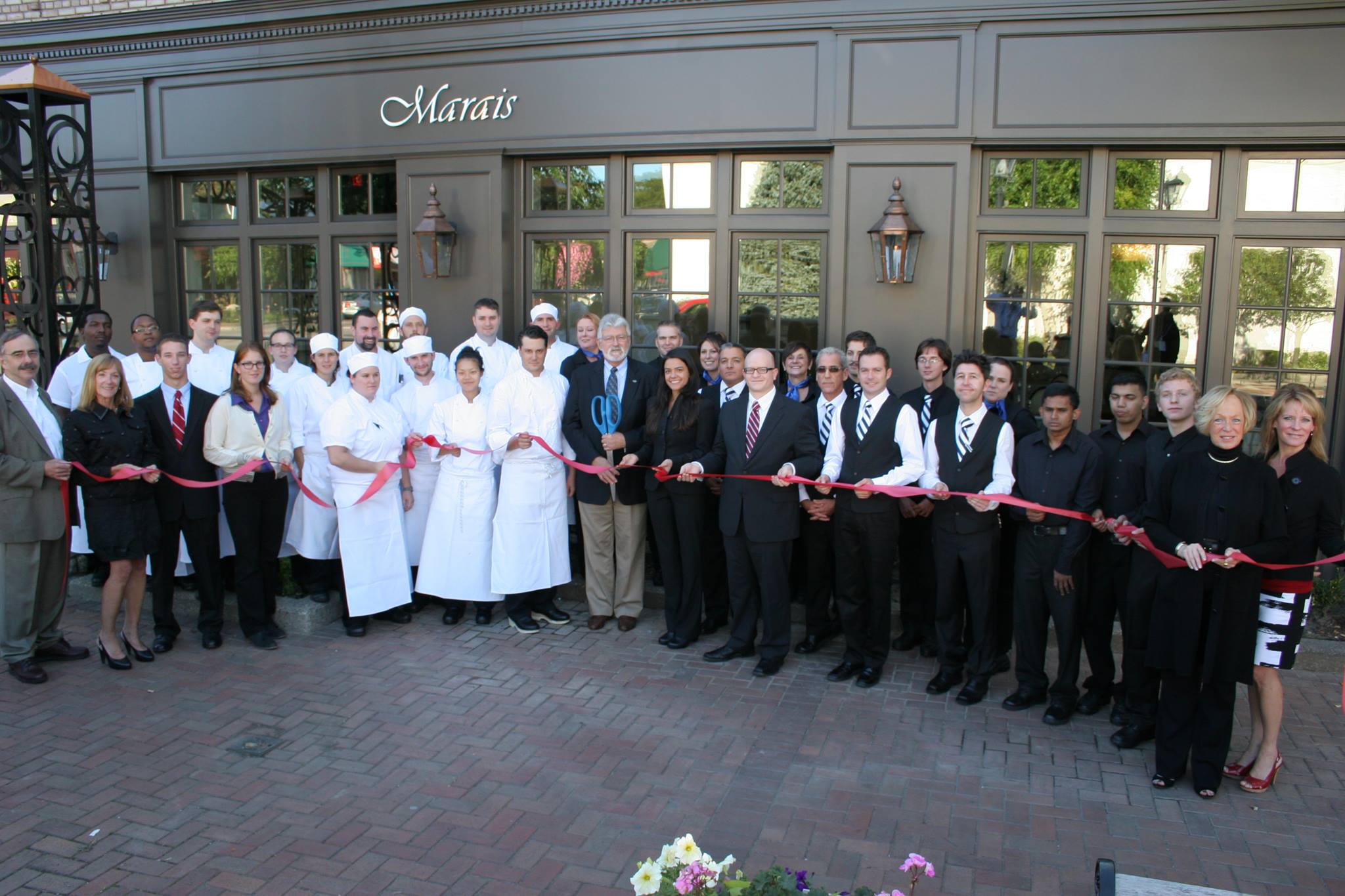 Did you have using a theme or certain skills or techniques in mind?
RIGATO: No, it's spring, so there are some fun ingredients around, but I don't want to cook inside a theme. It's just good food respecting each chef's style.
GILBERT: As far as the technical aspect we stick to what we know. But it's such a relief to go from such a hard Michigan winter… we couldn't think about France or Italy as a theme. We're just excited for spring, and we're using what nature provided us.

Did you have any challenging collaborative moments?
RIGATO: No, we're both busy guys, a little bit of phone tag, but that's expected with two chefs running restaurants across town. There's a lot of respect between us, it was just a matter of getting in touch.
GILBERT: No. I'll be honest, it's been really easy. His challenge was just getting ahold of me! He's so organized and go go, go!

Besides your own, which Savor chef collaboration are you most excited about?
RIGATO: Probaly Luciano (DelSignore) and Paul (Grosz), they're good friends of mine, and they're the pillars of the Detroit food scene. All the guys are great, but they're the closest to my heart.
GILBERT: Andy Hollyday's (with Kevin Green of Coach Insignia)! I'm so very excited for his new upcoming restaurant (Selden Standard), I've always loved his food from when he was at Roast, and I can't wait for the new restaurant.

What do you make of the recent trend in collaborative multi-chef dinners? Obviously Young Guns is really taking off.
RIGATO: I think it's cool. This isn't new, you can go in the basement of Forest Grill and see collaborative menus from the 80's. My inspiration was a dinner I did with Paul Viront (Vie, Perennial Viront) in Chicago. I thought, I'm already friends with these guys, why aren't we cooking together? Young Guns stays exciting, there's no gimmick, we all do our best food and get together in the kitchen, it's a party. It's a fucking jam band, we're all good musicians in our own right. There are people pairing courses with shots, chefs in the dining room, you don't know what's next, it's exciting! It's organic, and anything organic is cool. Young Guns isn't a money maker, it's just showing off talent and giving back to the customer. Pushing the local food scene in the right direction.
Chefs need to get together and support each other. It's like a crossroads and a network, if you like one restaurant you'll like the network. At the same time I don't think…I don't want to see people cashing in on it. The daily grind is where you make money; these dinners are a party. Sometimes people are trying to make a quick buck and I don't think that's the right thing to do, I think it's about celebrating, not the profit.
GILBERT: I think it's fantastic. I think it's a necessity in this industry, especially in Southeastern Michigan. We're creating a bond within the chefs that we haven't seen in a very long time in this area. We're here for the same goal, and I think it creates a real harmony in Detroit. For me it's the first step in becoming a city known for food. It's great chefs coming together and collaborating and bonding with each other and doing the right thing for each other. 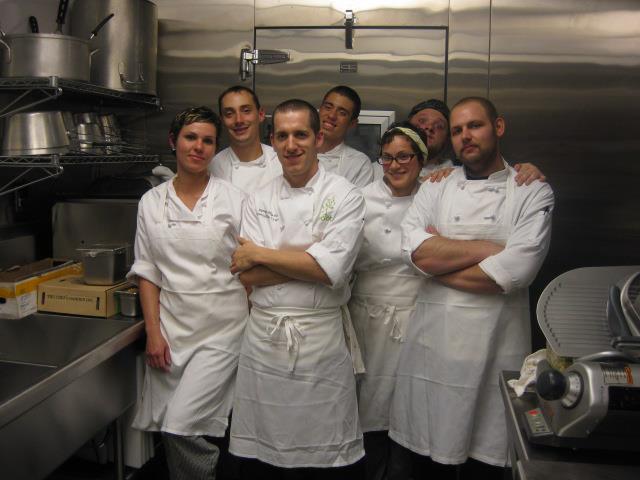 Do you think this trend is something that will last?
RIGATO: Well, nationally they've never gone out of style. Here you had the era of Matt Prentice and Andiamo, and I don't think those guys ever talked. Now we have more freedom, more chefs that are young and taking chances. It's a lot easier to keep in touch and plan this with social media too, I think that chefs getting together and collaborating and harmonizing is a real thing that's not going away.
GILBERT: Absolutely. I think there's a new generation of restaurateur and chef that sees it as a necessity and understands it's imperative. The talent we see with James, Garret (Lipar from Torino), and Andy (Hollyday), it's not only what is necessary, it's who these people are. They're good people to begin with, and they're here for a reason. They chose to be here for a reason, they see a future in Detroit, and that's why this is a new movement that will sustain.

What advice would you give to a chef interested in doing a collaboration?
RIGATO: Be original, know your purpose, and know your audience. In that order.
GILBERT: I say go for it. It's an opportunity to work with another great chef, another great leader. It not only helps round us out, but shows the future generation of chefs that it's a good idea to call the guy next door and say "how are you doing? Have you tried this?" Chicago was a meat-packing town, but they built an amazing food city, and the great chefs did this by surrounding themselves with a community and saying this is really good, let's keep doing this.

Do you have other new culinary projects on the horizon?
RIGATO: You know, I'm always in talks with The Oakland, and the best thing to do is keep your eyes on our email blast. Expect to see more with Young Guns. I want to team up with Luciano too. The collaborating stuff is not gonna go away, it's exciting for us and it's not gonna go away. And Young Guns IV is gonna be awesome, I'm in touch with some great talent.
GILBERT: I change my menu about every 4 weeks, I'm always working with farmers and working with my new guys, saying what's going to be next?
· Savor Detroit: Chef Paul Grosz & Chef Luciano DelSignore on Collaboration [-ED-]
· Savor Detroit [Official Site]
· All Savor Detroit Coverage [-ED-]