Hour Detroit is hosting their first ever Savor Detroit event this month, a series of sold-out dinners featuring some of the area's most celebrated chefs. Ten chefs were paired by Hour for the five-night event (April 28th through May 2nd), which will benefit Forgotten Harvest. Chef Luciano DelSignore (Bacco Ristorante, Bigalora Wood Fired Cucina) and Chef Paul Grosz (The Stand Gastro Bistro, Cuisine) were paired for the April 30th dinner. Eater Detroit spoke to both chefs about their collaborative process for Savor and the current trend in multi-chef dinners across Metro Detroit. 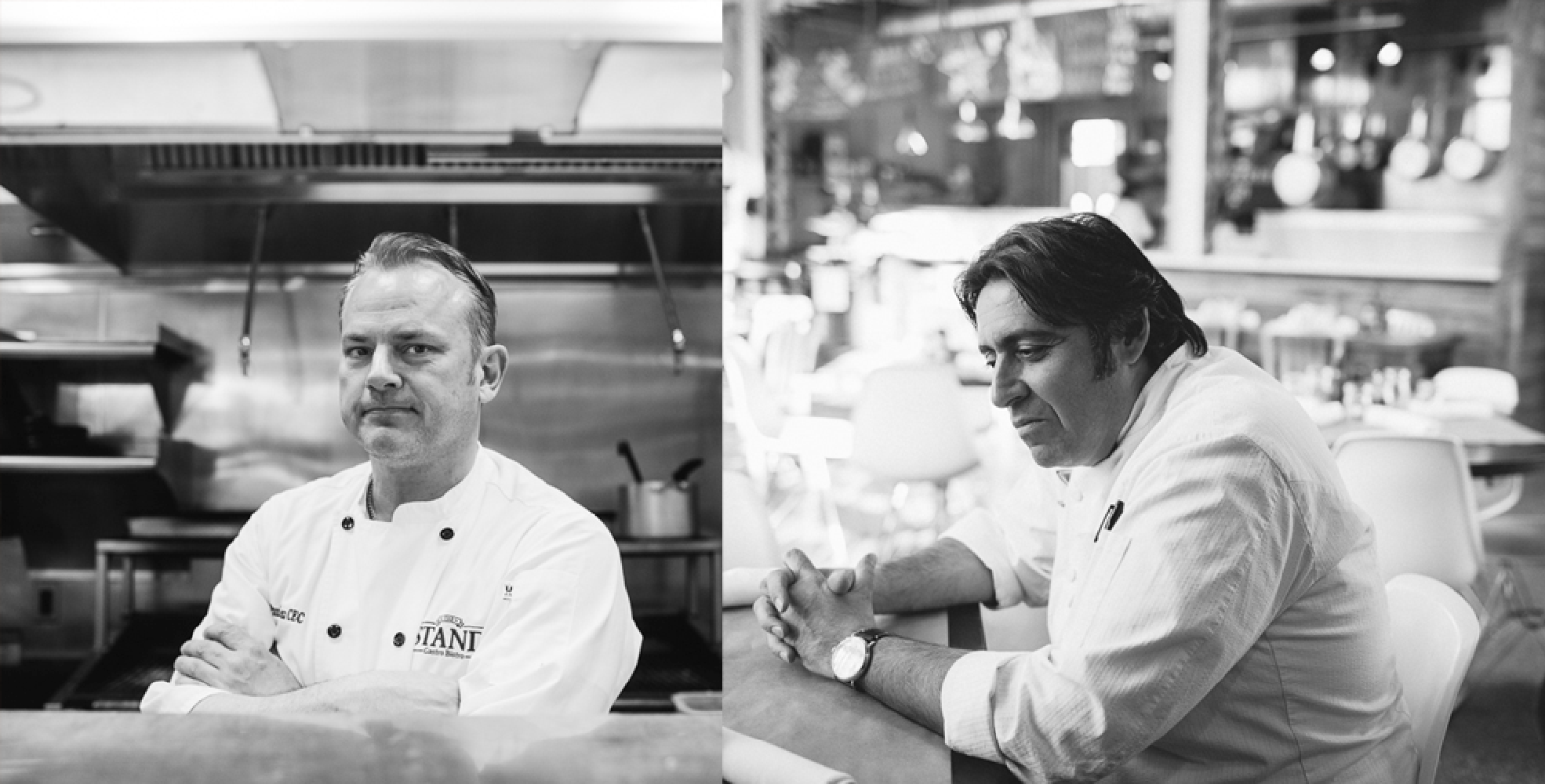 How did you both approach creating the menu?
DELSIGNORE: It was really easy. Paul and I have been good friends for many years. We decided we would use his strengths and I would use mine. His are very traditional French and mine are very traditional Italian. He's got half the menu and I've got half the menu.
GROSZ: It was a natural progression from start to finish, we wanted to have a French-Italian dinner and showcase our strengths. It's what our clientele expects. That's probably why it sold out [first], because who doesn't want to eat French and Italian?

Did you have a challenging collaborative moment?
DELSIGNORE: Not at all, we had brief discussions, I let him at it first, we decided the cold dish and the fish would be Paul, and that the hot and the appetizer were mine; we made sure we had a nice balanced menu.
GROSZ: It was probably one of the easiest menus I've put together; I knew our foods would compliment each other. 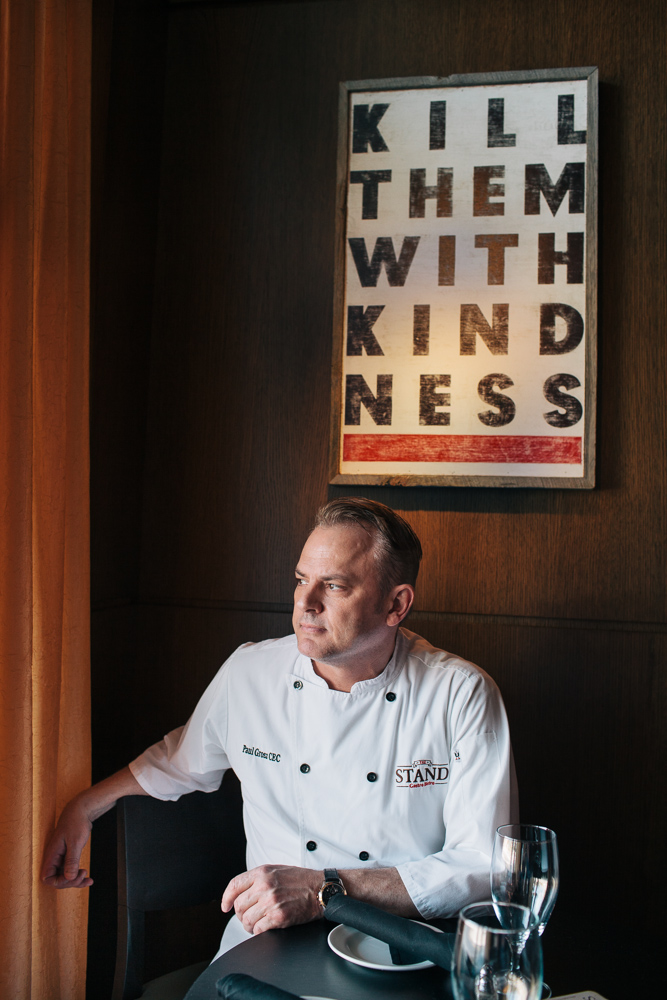 Besides your own, which Savor chef collaboration are you most excited about? (The other dinners include David Gilbert and James Rigato, Marc Casadei and Eric Ward, Peter Chan and John Somerville, and Kevin Green and Andy Hollyday).
DELSIGNORE: For me, Gilbert and Rigato. Chef Gilbert out of respect, I know him as a chef professionally, and I really respect his craft and talent. Rigato…he's our future. He's the young guy with all the energy, he's working hard and doing a great job at it. I respect the young man.
GROSZ: I'm excited about that one too, because that's my one day off! *Laughs* I think I'm gonna go. That's not the only reason, but it's the main reason! Each night looks great though.

Which course are you proudest of?
DELSIGNORE: You know, I'm gonna do a very simple course that's very pleasing: tortellini al brodo (in broth) in a traditional capon broth with capon stuffing. When you put it together with the pasta it's very satisfying. It showcases slow cooking in the broth and also the chef's talent in creating perfect tortellini one after another.
GROSZ: Both of them really. I'm just really excited to work with Luciano and showcase what we do and do it together. I've been wanting to do it for a long time and I'm sure it won't be the last time. Chefs share something that's intimate with each other, we go through the same things, so to be able to meet on the same level and connect is an extraordinary relationship, it's family like. 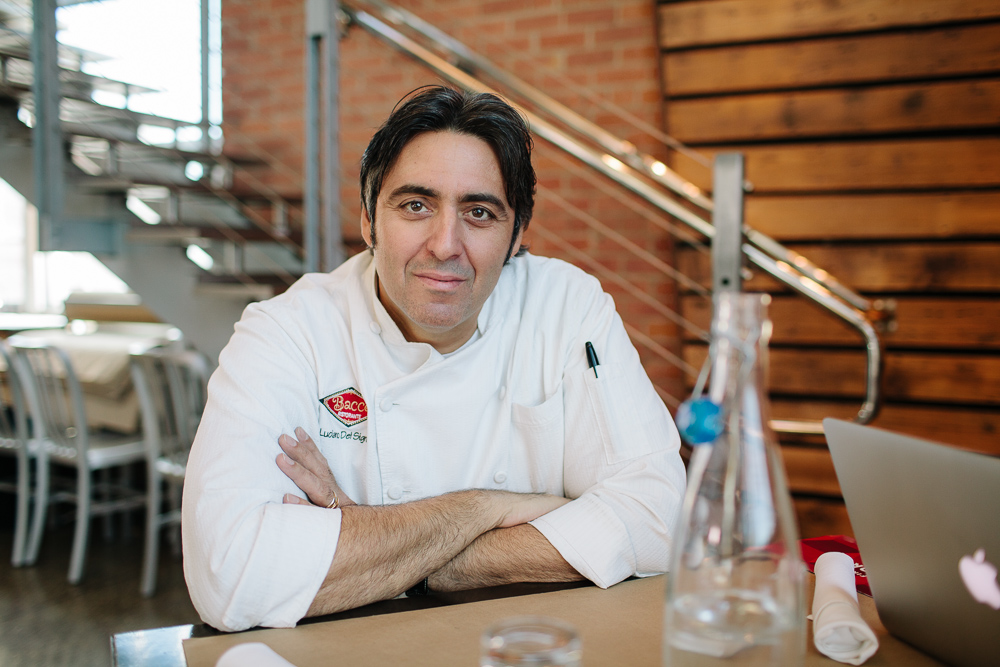 What do you make of the recent trend in collaborative multi-chef dinners like the Young Guns Dinners and Savor Detroit?
DELSIGNORE: I think when you have multiple chefs you have great diversity in cooking, and I think people are excited by that. I had Takashi [Yagihashi] and others in my kitchen (years ago) and our clients like it. We can get stagnant sometimes, and forget about the cool things, but it's the diversity in these dinners that people are attracted too. We've had these conversations about keeping it going. It strengthens us as a community, since we don't have normal lives and normal hours.
GROSZ: They're definitely popular because you're broadening your audience, by bringing in each chef's audience to the dinner. These were popular in the 80's and 90's and fell off locally, but they're picking up again. The exposure is incredible for the chefs and the clientele; I think it's a great thing.

Do you think this trend is something that will last?
DELSIGNORE: I do. I think because you get much more interesting menus when you combine 2, 3, 4, 5 minds in one dinner than when you have one chef alone. It's a great way to give your customers a new experience.
GROSZ: I think so, I'm gonna do my part to keep them going. I think its good for the community, it's popular and as long as there's a demand we'll keep doing them. But clientele dictates that, not us so much.

What advice would you give to a chef interested in doing a collaboration?
DELSIGNORE: My advice would be to be open-minded, be cautious to not repeat flavor profiles and ingredients on the menu, and be inventive in the drink pairings. Think not just wine, but beer, craft cocktails, or even dessert wine…serve what's perfectly balanced with the dish.
GROSZ: It's always easier to do it with someone you know, that breaks down any boundaries. Be open to suggestions and make your own. Exploit your strengths, because each chef has different ones, and go with that.
· Savor Detroit [Official Site]
· All Savor Detroit Coverage [-ED-]