Share All sharing options for: Birmingham's Newsest Restaurant: The Bird & The Bread

Birmingham is not typically known for kid-friendly dining options that parents can also appreciate, but The Bird & The Bread, a new restaurant across the street from The Birmingham 8 movie theater in the old South Bar space, aims to do just that.

They specialize in upscale comfort food like roasted chickens, mussels, pizzas, and other dishes cooked on an open hearth and vertical rotisserie. They also have a "healthy, interesting children's menu" featuring kids' favorites with secretly healthy twists (think cashew butter and hidden vegetable tomato sauce) according to The Detroit Free Press.

Owner Kristin Jonna, who also owns Ann Arbor's Vinology Wine Bar & Restaurant, has by all accounts made the restaurant an inviting space, described by one Yelp reviewer as industrial but warm. The restaurant is 160 seats, and Sylvia Rector notes that Jonna "hopes to open the adjoining 150-seat Elm Room banquet facility in a couple of weeks". 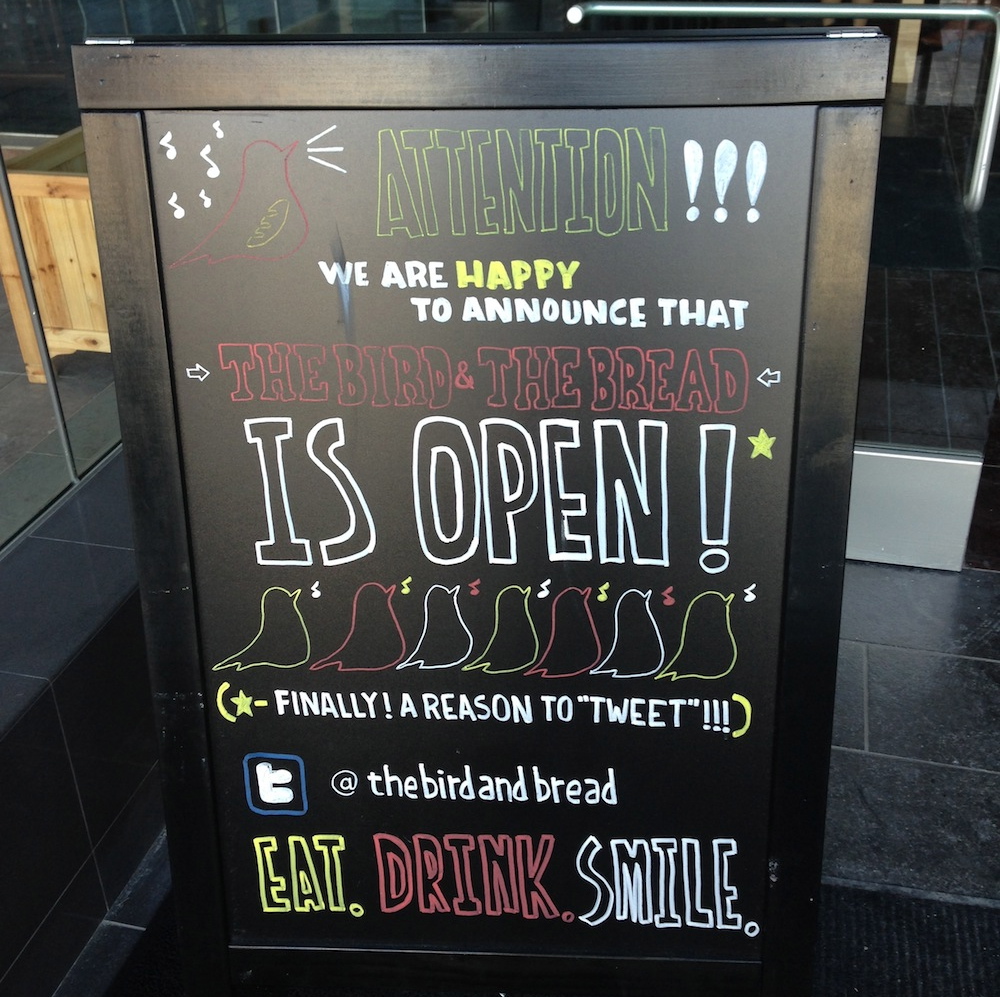 Word on the street is mostly good so far, as early Yelp reviews have been largely positive while acknowledging some expected kinks like long wait times for food and drink, which is to be expected. The food has been fairly well received, though several reviewers noted that certain dishes were over salted, which will hopefully be addressed if it hasn't been already.

According to the Free Press article both lunch and a Sunday brunch will be added in the coming weeks, hopefully before the end of the month.
· The Bird & the Bread restaurant debuts in downtown Birmingham [Freep]
· The Bird & The Bread Yelp [Official Site]
· March Heatmap: Where to Eat Right Now [-ED-]