The Backstory: Paczki bakeries typically have extremely loyal followings, often customers are raised from childhood on pastries from one special bakery which becomes a yearly spot of pilgrimage with rituals. They take the form of early morning trips before school so that the treats can be shared with faculty and friends, recurring annual stories told by family members about how the bakers stayed up all night just so they could be ready for this one day of the year, or memories of grandma making them the traditional way with homemade preserves.

People are fiercely protective of their bakeries, and so whether the paczki come from New Palace in Hamtramck, a small local bakery in the 'burbs, or even just the Kroger down the street, they are valid and wonderful, because during our taste test we realized that these memories and this nostalgia are really what make them so great anyways.

But that said, they were still rated based on a blind test, according to a majority vote.

The Bakeries: As Hamtramck is the main location for Paczki Day celebrations, it only seems fair that Hamtramck bakeries were chosen for the test, with one exception being that of Whole Foods Detroit, representing the store-bought but still locally made pastries in the area. The Hamtramck bakeries chosen were New Palace, New Martha Washington, and The Family Donut Shop.

The panelists were assisted by Laura Trudeau, who administrated the test and ensured that all tasting was blind to discourage bias (she did not participate in the actual tasting or voting).

The Paczki: Traditional prune flavor and custard were the flavors chosen for the test. As Whole Foods did not have prune paczki, they only participated in the custard category.

-Prune-
Martha Washington: the most donut-like of the three, also the sweetest.
New Palace: coated in powdered sugar instead of glaze, voted overall best dough, though it could have been a bit fresher.
The Family Donut: glazed on the exterior and definitely a little boozy, which made the prune flavor more pronounced.

Verdict: Tie. New Palace won half the panel over because of the texture of the actual pastry, but the alcohol in The Family Donut paczek helped to win over the other half.

-Custard-
Martha Washington: the custard was underwhelming, but the texture of their pastry was a favorite.
The Family Donut: glazed again, it was well-balanced overall.
New Palace: overwhelming banana flavoring completely overpowered the entire paczek, so either that's how they like their custard, or we somehow received banana instead of custard by mistake.
Whole Foods: the best custard overall, it tasted like real custard instead of vanilla pudding. However, the pastry itself was exceptionally dry.

Verdict: Although WF had the best filling, and Martha Washington had the best dough, the unanimous top choice was The Family Donut. 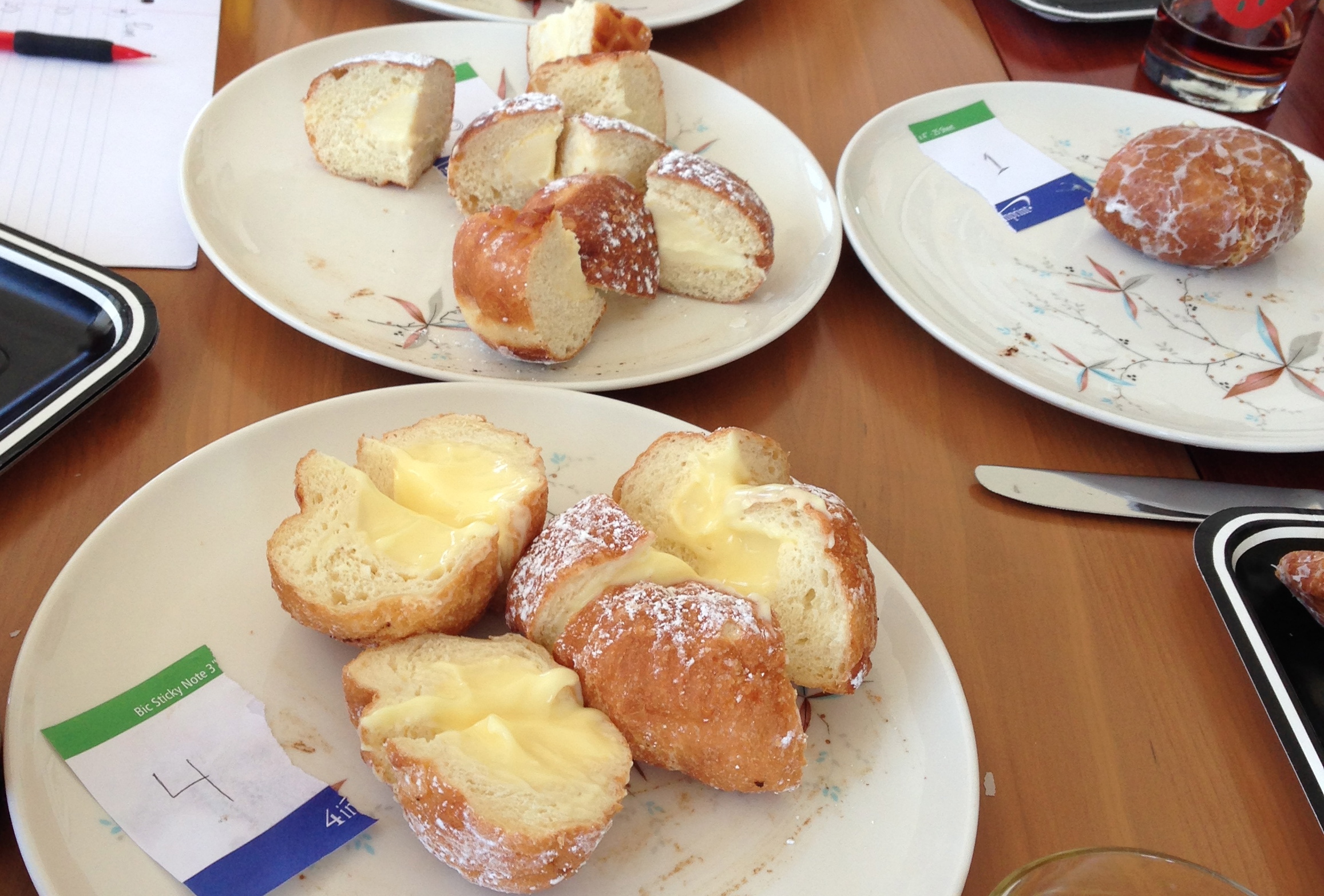 Finally, Paczki time is great for those that get to celebrate, but it can be hard for the bakers, who work extraordinary hours so that everyone else can have a nice time. Make sure to be appreciative of all their hard work and their cheerful smiles in spite of it all (a special shout-out goes to Merima at The Family Donut, for being especially friendly and helpful) because they literally make the holiday every year.
· All Paczki Day 2014 Coverage [-ED-]