Detroit pizza used to mean only one thing: Buddy's, but in recent years it's also started to mean something else, and that's Supino Pizzeria. The traditional thin crust pizza made in a tiny shop in Eastern Market has quietly gained local, regional, and even national attention, and his pies are becoming an integral part of the city's culinary fabric. Eater Detroit spoke to owner and founder Dave Mancini about his pizza disasters, the secret to a great pizza, and why Supino's will never be a franchise. 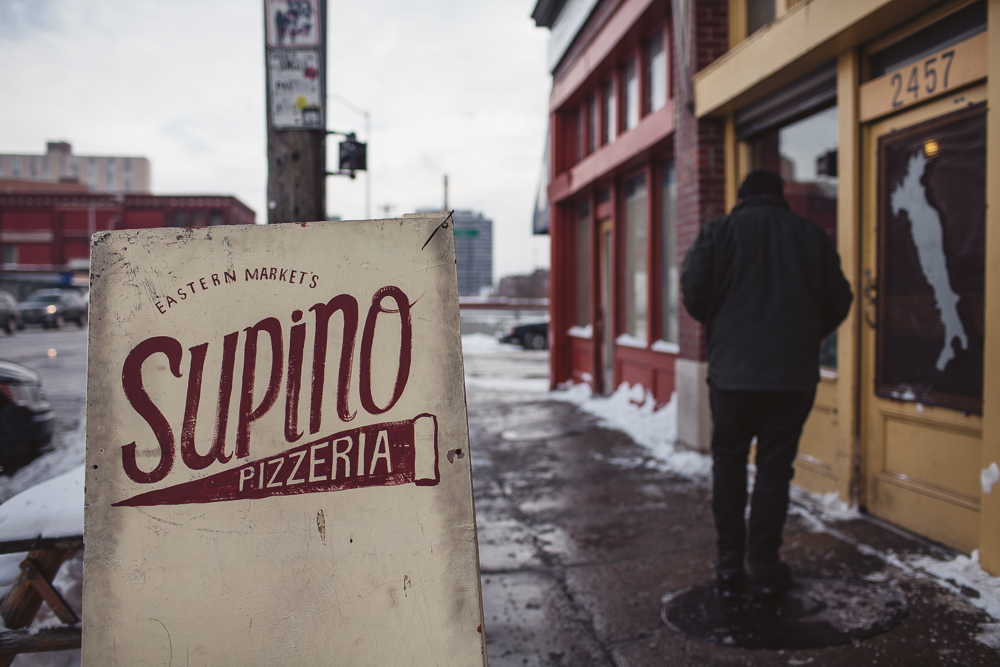 [All Supino Pizzeria Photography by Chris and Michelle Gerard]

Do you remember the first pizza you ever made?
I do actually. *Laughs* It wasn't a very good pizza. Part of the inspiration was that when I was in physical therapy school I was dating a lady, and I told her I made pizza, but I didn't tell her it was out of a box, and she was like "Oh that's awesome, I love pizza and I love that you make it yourself" so I had to learn how to make pizza. And it was awful, it was flat because the yeast didn't rise and it was terrible. A month later I graduated and went to Supino, my father's hometown in Italy, and that's where I really got inspired, and realized what I needed to go for. Going to Italy taught me there was a way to make pizza really good and take it to the next level.

What kind of pizza did you grow up eating?
Domino's and Pizza Hut. It wasn't a big thing, we didn't really have good pizza when I was a kid. I went to Buddy's for the first time in high school and that was the first time I had really good pizza.

What's the secret to a great pizza?
Simple answer is the crust. If your crust is decent and everything else is awesome the pizza will still never be better than decent. You need to let the yeast rise slowly, using just a little bit of yeast, good flour, and extra virgin olive oil. In true Neapolitan pizza you can't put oil in your pizza, but those restrictions can make it hard to make really good pizza.

What's the strangest topping you've ever tried to put on your own pizza?
I do celery root on the regular; it's kind of taken off. I've tried a lot of stuff, rutabaga wasn't so successful, I liked it but no one else did.

Eaten on someone else's?
I don't know if it's strange but I had a sea urchin pizza in Sicily, it was absolutely delicious. You can buy them fresh of the street, and even little kids eat them. 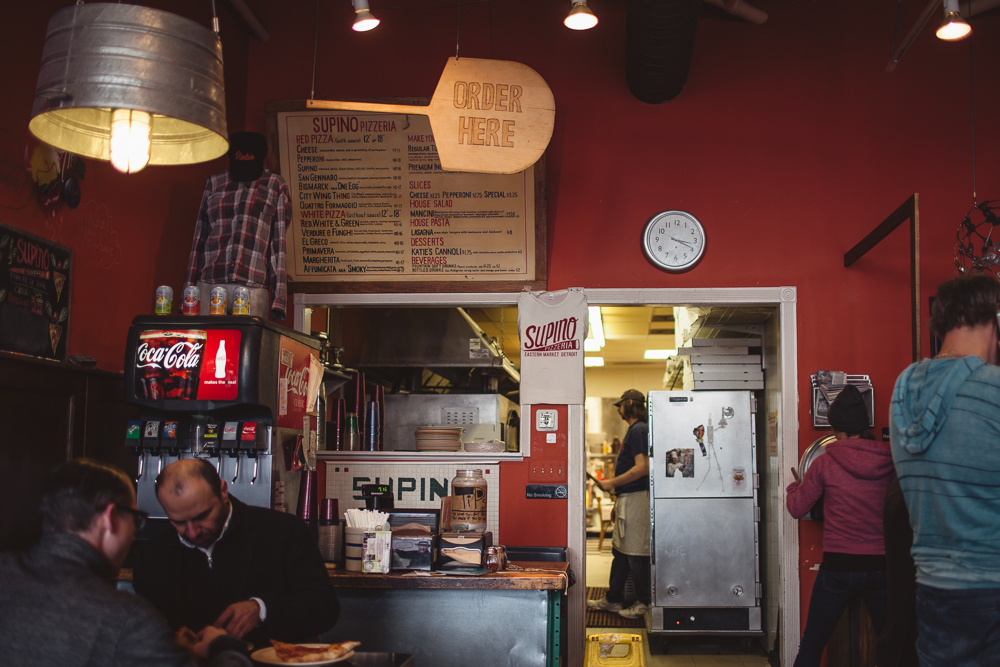 Besides your own restaurants, where do you like to go for pizza?
I do like [Bigalora Chef] Luciano's pizza, and the original Buddy's, it's the only one to go to. I like Loui's in Hazel Park too, the original chef at Buddy's opened Loui's, the only difference is the sauce, it's the same crust.

The typical Detroit style pizza is a deep dish, why did you decide to focus on thin crust?
Partly because of the first story, I love deep dish, but I didn't feel the need to replicate it. Tomatoes Apizza does a really good job and they were the only other people doing a good thin crust, I also used to hang out in NYC when I was right out of school, so I was exposed to that kind of pizza there.

What are your preferred pizza toppings for a night at home?
Actually mushroom and pepperoni is my favorite. I do like the egg pizza too, but that's more unusual.

What's your preferred beverage to accompany a pizza?
Wine. Red wine. I like a pinot noir, something light with acid. I actually don't like beer with pizza; it's too heavy. When I was a kid we were trained to drink red wine, that was what you drank with pasta. It was nasty wine my grandpa made, but it's always what I think of with red sauce.

When will your new restaurant, La Rondinella be opening?
Hopefully mid year, no promises. We are adding a few things to the menu, pasta, meat dishes, but it will be a small menu, less than a page long. We will have a bar, and pizza will also be on the menu. It will be more of a sit down restaurant, with table side service and that kind of thing.

Why do Detroiters love your pizza?
I hope it's the food, maybe it is the ambiance, but it's not fancy. The owner of Astro Coffee and I had the conversation about how you have to make a business plan to even talk to a bank, and we had the same marketing plan, make something so good that people tell each other about it. We had to make up a story about passing out flyers for the bank, but we didn't have to do any of that.

Would you ever open another pizza place somewhere else?
I don't plan to. I don't think it would be Supino. I like the Zingerman's model of doing something really good, but different. I don't like the idea of trying to duplicate the same thing. The original Buddy's is so great, but the others aren't as good. I don't see a Supino franchise, maybe other concepts that are related, but not the same thing. But whatever I open it would be in Detroit. I love this city, I know it has its warts. People say; "why don't you have a place in Birmingham? I would be there 3 times a week", but I want people to come into Detroit. And hopefully check something else out while they're here.