Share All sharing options for: Pizza And Cupcakes Go To Good Girls

What was once Good Girls Go To Paris Crepes is now on the way to becoming both a cupcake shop and a pizza place, as signs on the windows of the empty storefront announce both the soon-to-arrive The Detroit Pizza Company and Nom Nom's Cupcake Factory.

A tipster noticed the posters in the window, but it seems that the opening is still a ways off as the interior still needs some work. It's not clear at this point whether it will be one shared shop or two separate spaces with one entrance, but the two businesses appear to be completely separate, which would make sharing a storefront (and a kitchen) less than ideal. 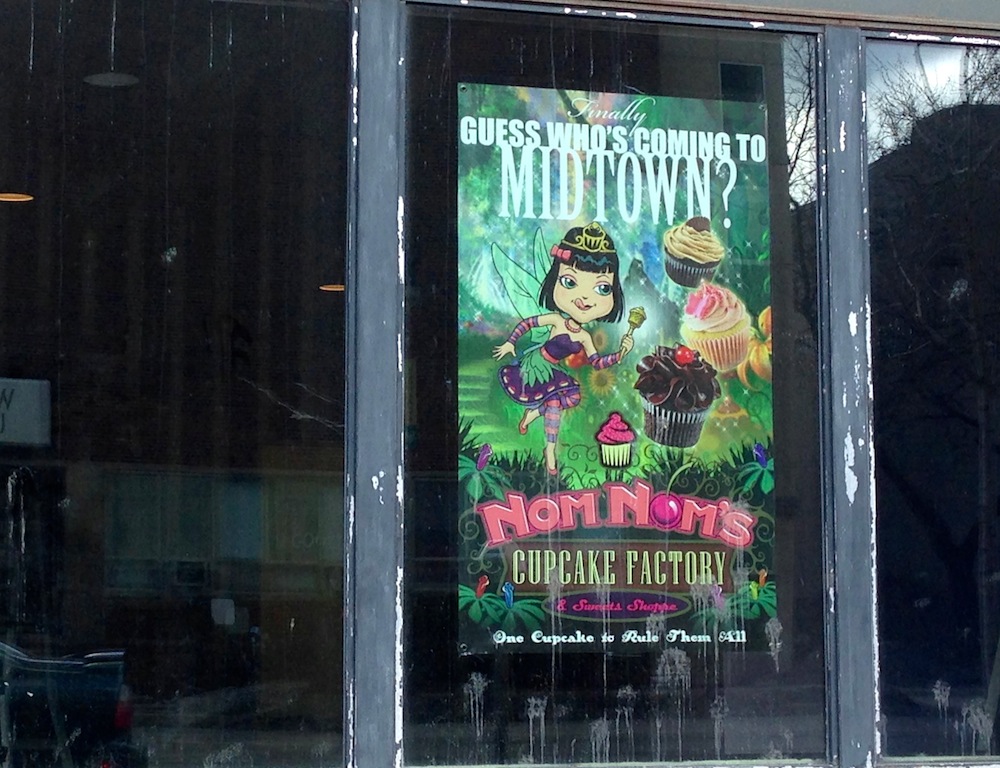 Nom Nom's is a chain of bakeries originating in Westland, and they were recently voted "best cupcakes" by Real Detroit according to their Facebook page. Midtown will apparently be their fourth location, the third in Michigan (they have one in Tennessee as well). 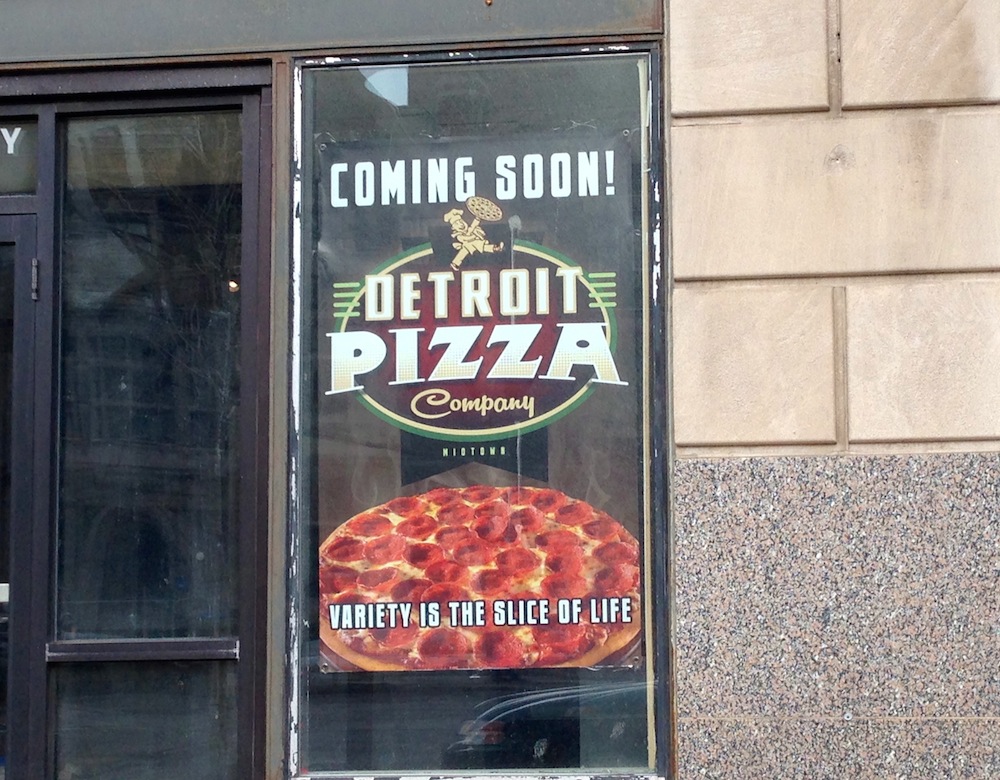 As for Detroit Pizza Company, this is their first location, and they really like pizza according to the large variety of comedic pizza-themed material on their official Facebook. They seem to have a good grasp on a menu already, featuring things like a "coney lovers pizza" and taking customer suggestions about things like spice and stuffed crust.
· Nom Nom's Cupcake Factory [Facebook]
· The Detroit Pizza Company [Facebook]
· All Spring Tracking posts [-ED-]