Rock City Eatery keeps things fresh, and they just mixed up their dinner menu for the new year and now the brand new and improved lunch menu has appeared on their Facebook page. It's a pared-down version of the dinner menu, but it's a lot more sandwiches. No surprise there, but with duck, fried bologna, and pork belly making appearances, it's anything but normal ho-hum lunch fare. 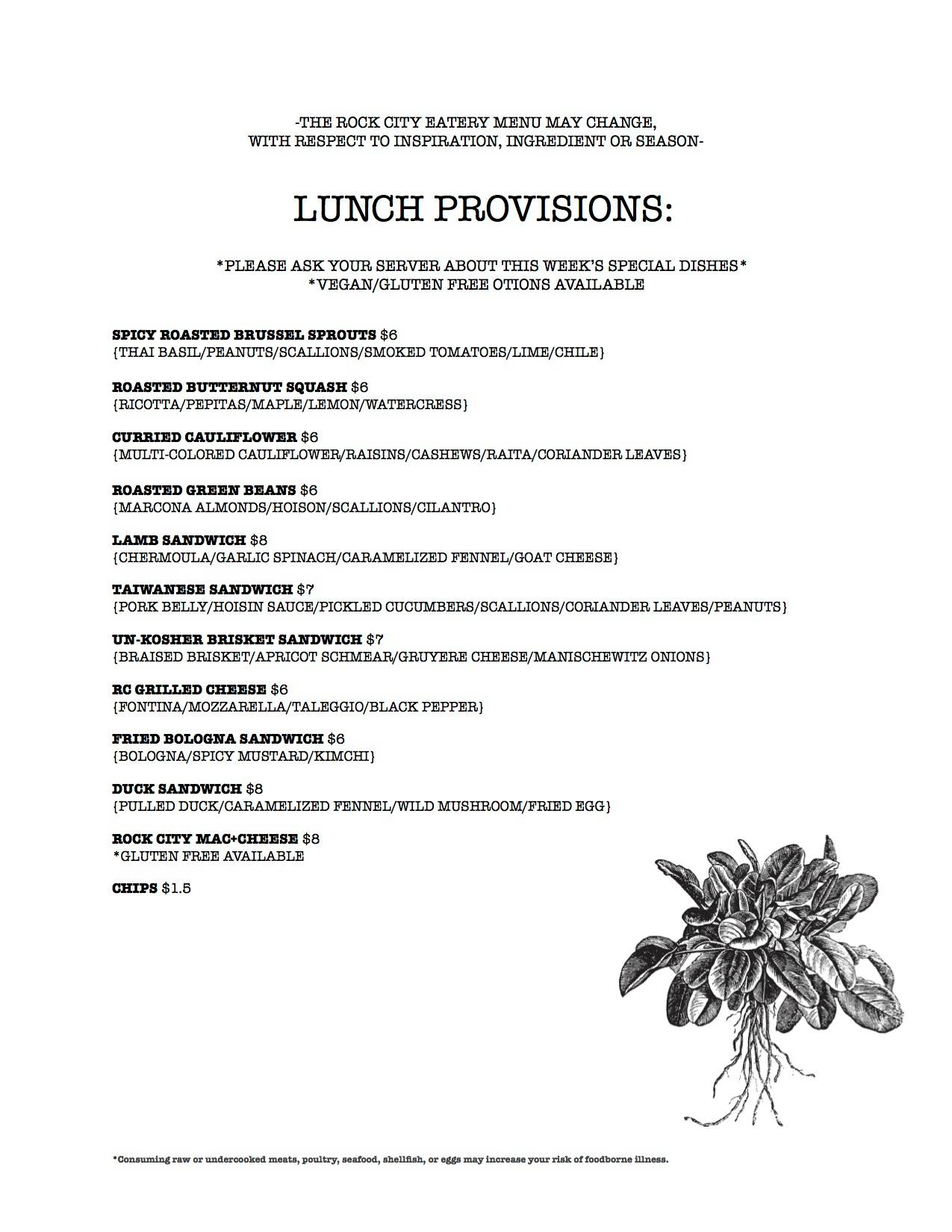