The people who own Grosse Pointe's Red Crown announced on its Facebook page that a new taco restaurant concept is coming soon; it will be called "Torito Rockin Taco Bar", and they've revealed part of the menu as a teaser.

The concept is a new take on Mexican:

Torito Rockin Taco Bar will be opening soon on Kercheval in Grosse Pointe Park! Brought to you by Bobby Nahra, Torito will feature delicious and flavorful Mexican cuisine with a twist.

They'll be expanding the menu to have some less adventurous options, and they'll be testing the recipes on Red Crown diners, according to a comment they later made on the original post:

The menu is just a teaser! I am featuring many classic recipes. We are running sample specials Friday and Saturday pm at the Red Crown. Limited quantities available. We are breaking ground next week and looking to be up and running early June this summer. The website is being built now. 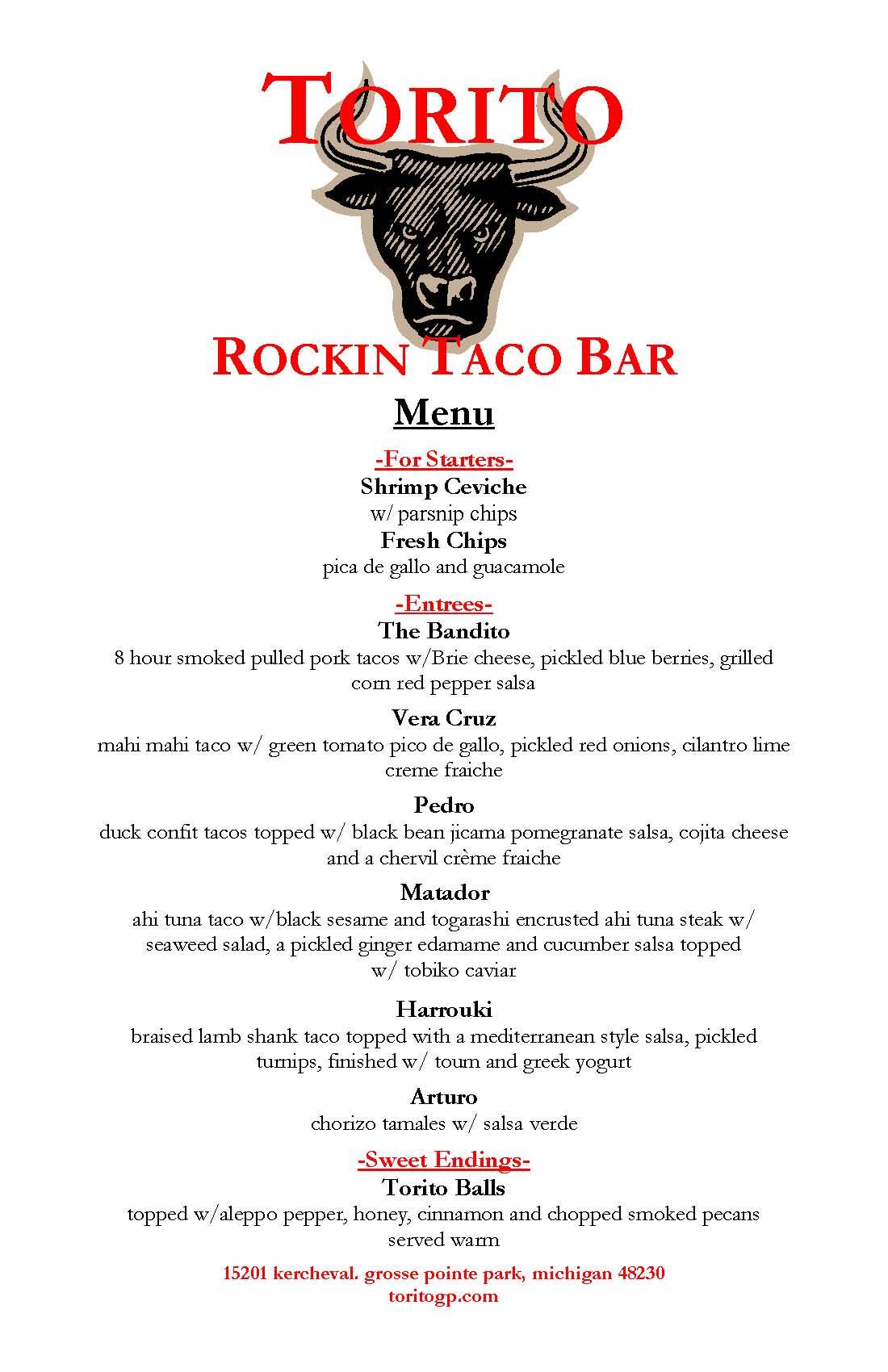 This is big new for Grosse Pointe, which has been working to up its restaurant game in the past year or so (Red Crown, Marais, Atwater In The Park).
· Red Crown Official Page [Facebook]
· All Grosse Pointe [-ED-]