Birmingham's The Stand Gastro Bistro, the new restaurant headed by Cuisine's chef/owner Paul Grosz, is opening at the end of this month. Late last night they posted teaser menu pictures to their Facebook page, and it looks like diners can expect a multitude of heavy dishes this fall.

Seasonal ingredients are all over the place, like in the beet-cured salmon starter with pickled leek puree with raw pea and radish salad, or the fig pear mache salad with fennel, parmigiano, pine nuts and balsamic glaze. Rabbit and Sturgeon are two somewhat unusual proteins featured in the entrees, and the restaurant's sides, like brown sugar and butter spaghetti squash or mac-n-goat cheese with cheddar sound like they could double as vegetarian main courses. In an unusual move, The Stand also has a full vegan menu, featuring plates like chanterelle mushroom farro risotto with red wine-black olive sauce or a ratatouille of fall squash with sage and cashew cream. 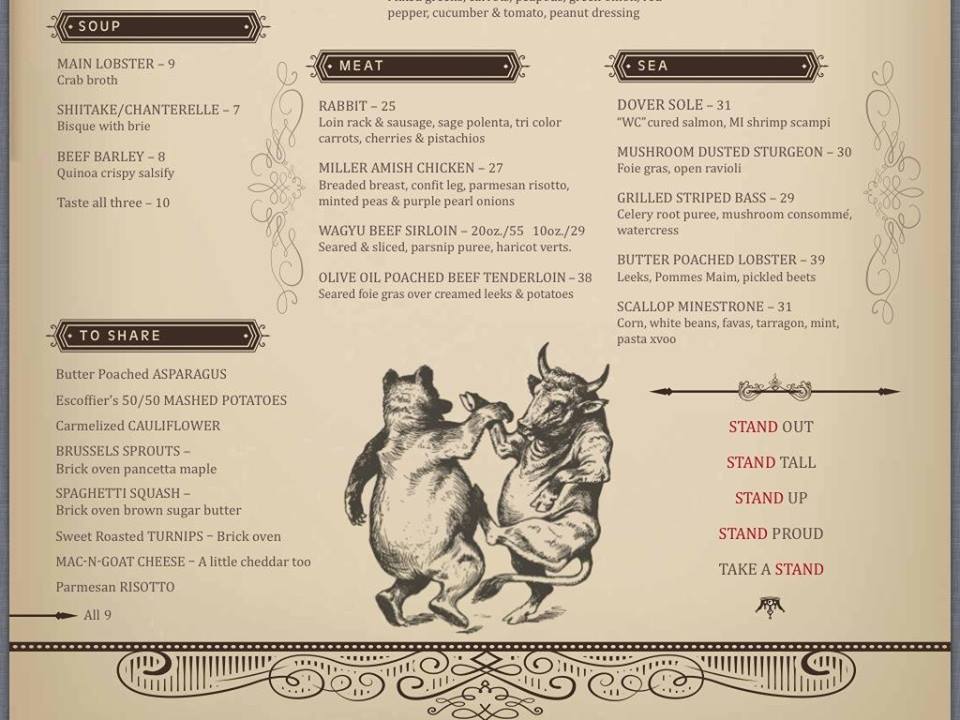 The pictures seem to show only a portion of the full menu, and what's there already seems an overwhelming number of options. There is no doubt that charcuterie and vegan cuisine are strange bedfellows, but maybe it will work. Diners can expect a September 30 opening.
· The Stand Gastro Bistro [Facebook]
· All Coverage of The Stand Gastro Bistro [~EDET~]
[Photo credit]