Have any intel on restaurants in the works? Please share with detroit@eater.com. 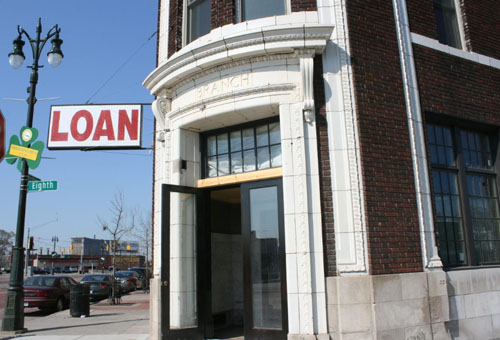 Even though many of the storefronts along downtown's Grand Circus Park are finally getting the retrofit they deserve, the timeline on the planned restaurant spaces in the park region is a little less focused.

The steakhouse / wine bistro space in the first floor of the Broderick Tower is seemingly in permanent early construction mode, leaving the lower level hotel and restaurant space in the nearby David Whitney Building almost closer to completion than its Woodward twin.

Across the way, Mo' Better Blues Cafe — a soul food band-aid on the Kales Building's financially festering and still open Shield's Pizza-shaped wound — looks to be hiring staff for their eventual opening, whenever that may be.

And over in Corktown, Italian bistro and Dime Savings Bank restorer Ottava Via is still evasive on their opening, but a brief Eaterwire post on Eater Detroit last week about the pending debut spurred one enthusiastic visitor to post not one but two preview reviews of the restaurant, praising its "open, inviting, well finished and comfortable" dining room and "fabulous" food selection. A Craigslist Detroit ad from early June sought front and back of house staff for the rapidly approaching debut.

There are plenty more restaurants set to open throughout the city this summer, but Ottava Via might be one of the closest to throwing open the doors. Mo' Better Blues could be close behind. Maybe.
· Lack of Pizza Helped Put Kales Building in Financial Disarray [Curbed Detroit]
· Mo' Better Blues And Park Avenue's Promise [Eater Detroit]
· Rattlesnake Club Powers Up, Ottava Via Nearly Open [Eater Detroit]