Share All sharing options for: It's Not You, It's Me: Restaurant Break Ups 2013

It is a tradition at Eater to survey friends, industry types, and bloggers at the end of each year. Eater Detroit already asked them (and ourselves) about restaurant standbys and the year's top newcomers. They summed up 2013 in one word, revealed the best dining neighborhoods, and shared the biggest dining surprises of 2013. After the best meal of 2013, it's time for the bad news as restaurant break ups are divulged. 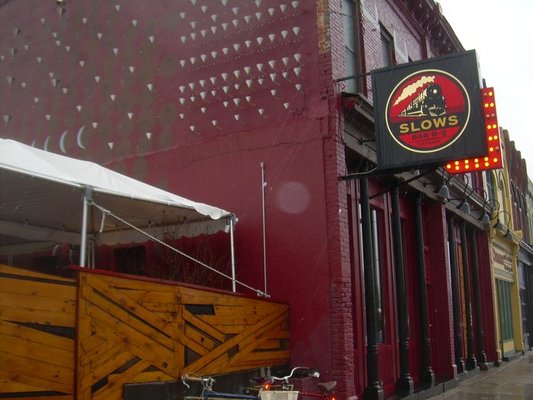 Question: Which restaurants, if any, did you break up with this year? Why?
George Vieira, Blogger: Me and downtown Royal Oak are done with each other. I don't buy the hype. Birmingham beats it on the high end and Ferndale beats it on the hip end.

LT, Eater Detroit reader: Social. Too Loud and too much of a scene.

IW, Eater Detroit reader: There's still one day left and there are a couple places that better watch themselves...such as those who run out of most of their menu options at 8pm on a Saturday.

BW, Eater Detroit reader: Broke up with Slows BBQ--service can be rude, arrogant and condescending but it takes a real ability to score all three during one lunch "experience".

Courtney Ochab, Freelance Journalist: Corporate chains (Olive Garden, Applebee's, Olga's). When I go out to eat now I'm looking for passionate people crafting dishes and drinks new to my pallet. These just aren't hitting it for me anymore.