What's Going On With Southern Fires?

Share All sharing options for: What's Going On With Southern Fires?

It seems that things may be more complicated than they first seemed at Southern Fires restaurant, which supposedly closed after a kitchen fire. Someone posted to Detroit YES that the restaurant's "soon" to be posted re-opening date has been MIA for over three months now, and it's true that there are no signs of life at the once supposedly popular restaurant.

The Detroit YES commenter issued a plea for information:

Does anyone know what happened to "Southern Fires"? The sign outside says they are closed because of a kitchen fire and will be open soon, but that was over 3 months ago. My wife called the phone number and it said it was disconnected?
This was one of our favorite places to go out to eat every month or so, it's a nice clean affordable family restaurant. It seemed really popular especially on Sundays.

Unfortunately, nobody has come up with any definitive answer. The signs out front on the gate, gatehouse, and front door read "Southern Fires Restaurant-Closed Due To Kitchen Fire. Re-Opening Date Will Be Posted Soon." However, the signs appear to be fairly permanent, and the phone number is disconnected. Their website has also not been updated to reflect their current closure, though online searches don't indicate that the owners have officially thrown in the towel. 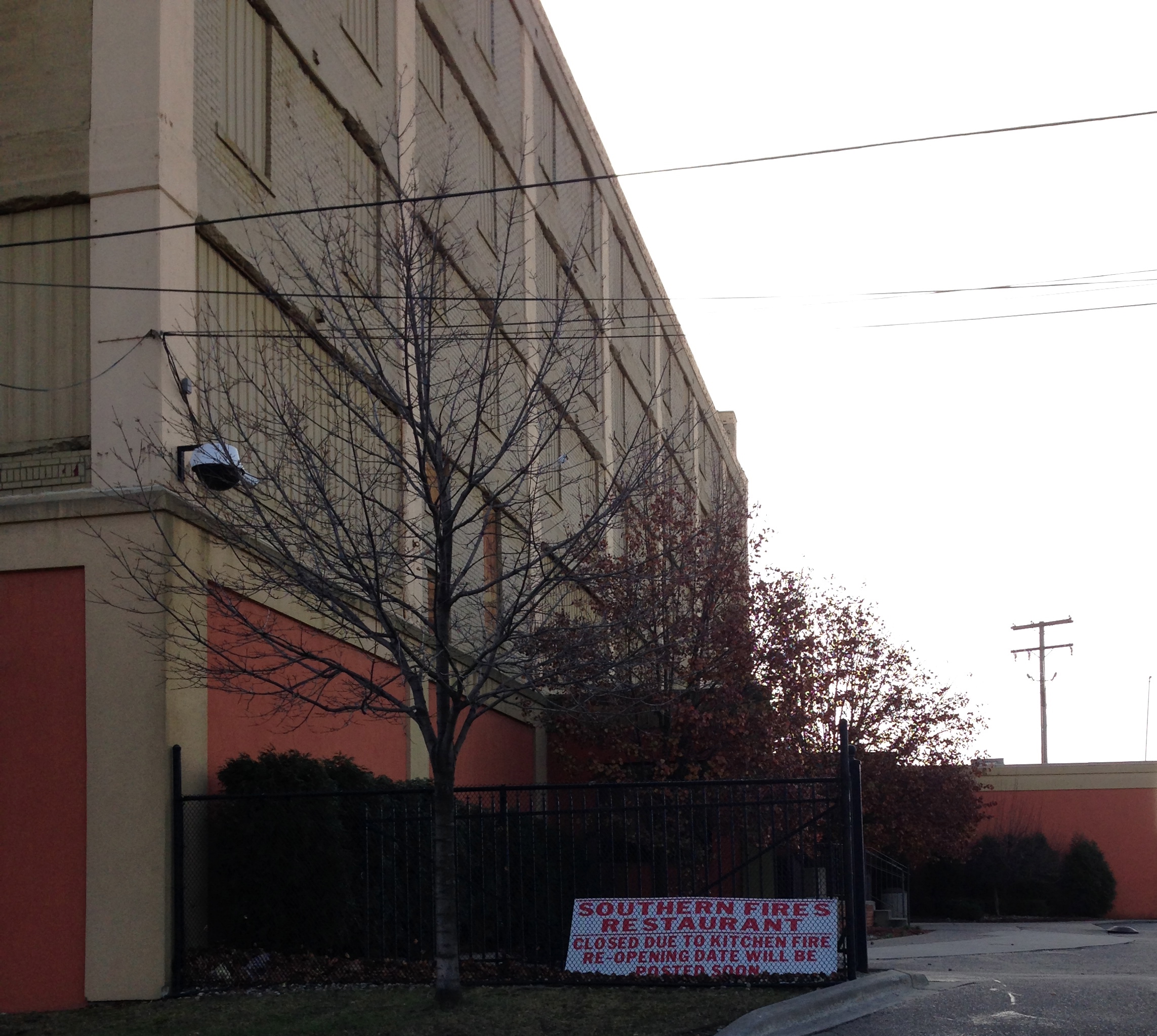 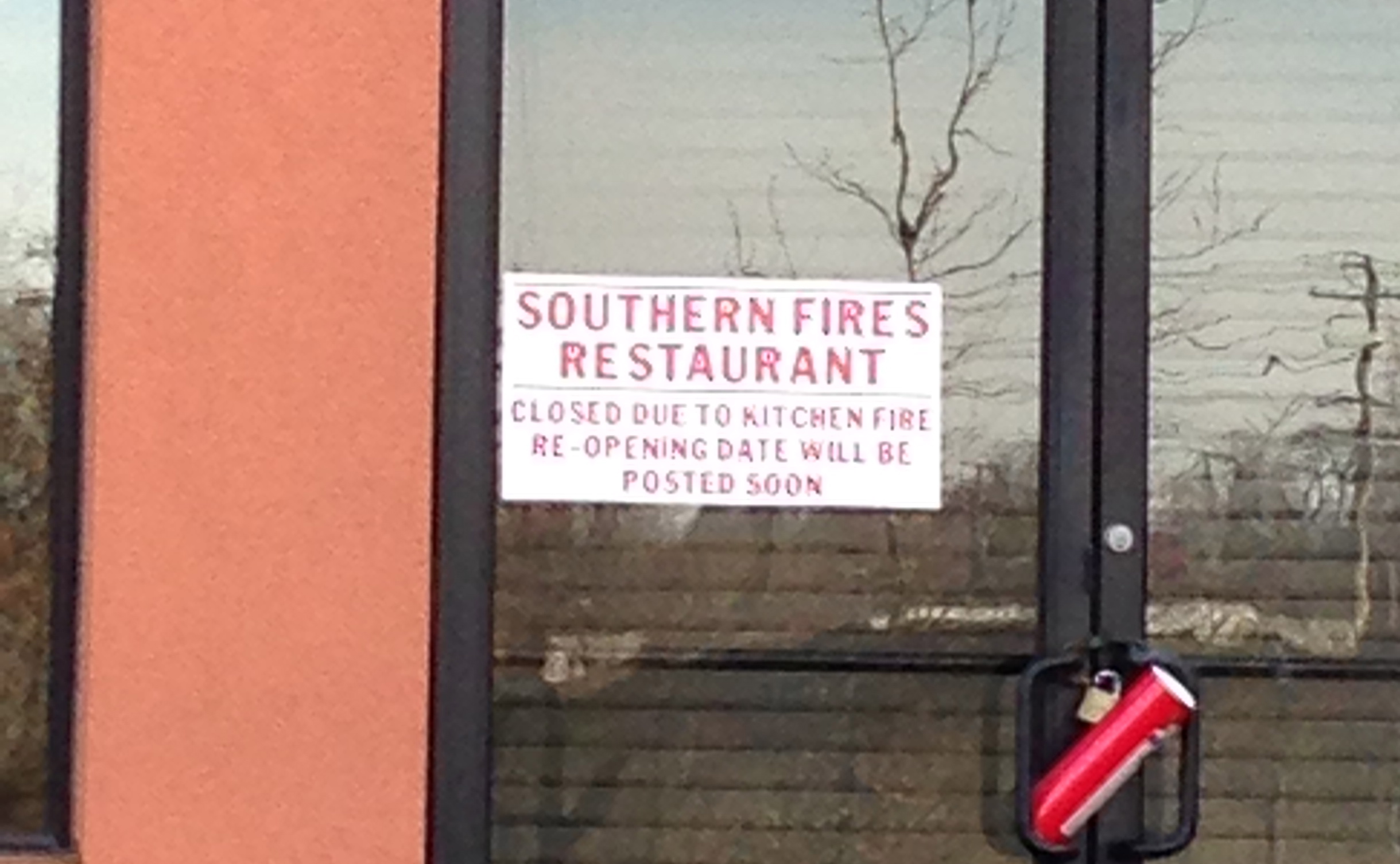