The Oakland's Shane Bang On Filming Bombay's Most Imaginative Bartender

Share All sharing options for: The Oakland's Shane Bang On Filming Bombay's Most Imaginative Bartender

This week's Meet A Bartender featuresThe Oakland's Shane Bang (McGrath) who is clearly a force to be reckoned with, winning the 2013 Bartender of the Year award for Eater Detroit, and recently competing in Bombay Sapphire's annual Most Imaginative Bartender (MIB) US national competition in Las Vegas. He won regionally in Ann Arbor, and was one of 50 bartenders from across the country to compete in the Vegas event. He was also one of four bartenders featured on a GQ web series about the event America's Bartender, and he has a lot to say about his experience on the show, at the competition, and about Detroit.

So how did you get on the show?
Shane Bang: First I did the regional MIB competition here in Detroit at the Raven's Club in Ann Arbor, and when I won the regional that got me a spot in the Las Vegas event. I got an email from the production company filming the web series, asking if I would want to participate. I did a Skype interview with a production team, they did interviews with 10 or 15 people from the competition, and narrowed it down to four of us from there.

What was it like being on camera?
SB: Filming was crazy! They wanted some shots in of me in Vegas, and they used an entire high roller room and cleared it out just for me so they had room to shoot. How often do you get to do that? I expected the filming to be a little more invasive. It was sold to me like a documentary, but really you had scheduled shoot times, then it was like "okay go have fun!" There was one part where I didn't know they had a camera on me, when I picked up the bottle of Bombay Sapphire and started pouring for people without charging, and they just popped up out of nowhere and started filming. There were definitely a couple of shots where I felt like they were hiding in a bush!

Had you ever competed for the title of Most Imaginative Bartender before this past year?
SB: This was my first time competing in Vegas. I did the regional last year as well, and didn't place. I want to go back next year and prove that I can be in the top ten and that I belong out there. Competitive bartending is intimidating. Everyone is so intense! But the way Bombay took care of the bartenders out there, you felt like a rock star. You got to stay in an amazing hotel, and they took care of you through and through. They had Cirque du Soleil perform at the finals! 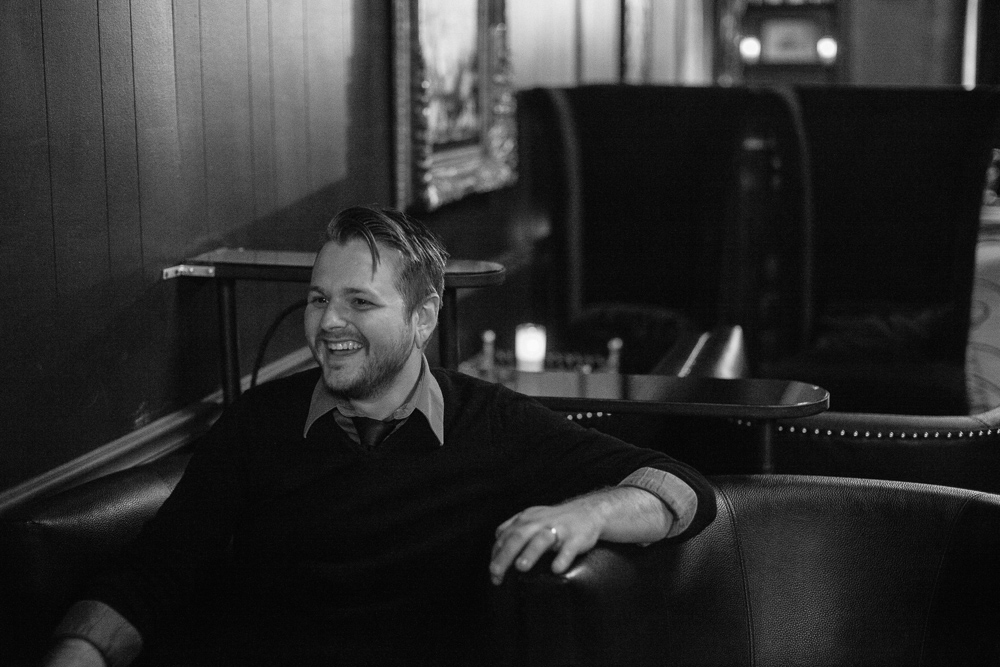 Once you were eliminated they didn't make you leave like on reality TV?
SB: No! They let us participate all weekend. One night we were all in the VIP section of a club and each table had a full bar on the table. There was a bartender standing next to each table waiting for you to say "I'd like a drink" and they poured whatever you wanted in front of you. They threw those of us who didn't make it a pool party with food, and drinks; they even rented out all of the cabanas. We also got to go to the finals and drink everyone's cocktails.

What are your feelings on the drink you created for the competition, the "Gin Tiki" now that it's over?
SB: I still love it. I think it works for so many different seasons; it has these timeless and seasonal elements. I'm proud of the combo!

Do people ask for it at The Oakland?
SB: All the time. It's on our menu.

Detroit's having quite the TV moment, especially in regards to food. Why do you think that is?
SB: I think there's a resurgence of interest in Detroit, and in our coming of age story where people see us pulling ourselves up by our bootstraps. Then people come here and realize there is way more going on in food and art and music than they thought. It's a different mentality here. When we did the regional Most Imaginative Bartender competition it was 20 people who know each other. We were helping each other out as a community, not just as individuals; Detroit is a community of people, and no one is looking to steal the spotlight. Our cocktail scene is in its infancy, it's very new, but people are starting to recognize that we have a scene here. The publicity is imperative and it's time for people to look outside of just the ruin porn and see it for what it really is.

Okay, so Lafayette or American Coney Island?
SB: Lafayette all day, I just really admire those guys there, I like that when you go in for a carryout Coney they'll still put it on a plate, dress it, and then put it in a Styrofoam to go container. They follow their routines, and it's an attitude of "if it ain't broke don't fix it" and I think that's great.
· America's Bartender [GQ Magazine]
· Bombay Sapphire Most Imaginative Bartender [Official Site]
· All Meet A Bartender Features [-ED-]
· All coverage of The Oakland [-ED-]
[All Photography by Chris and Michelle Gerard]